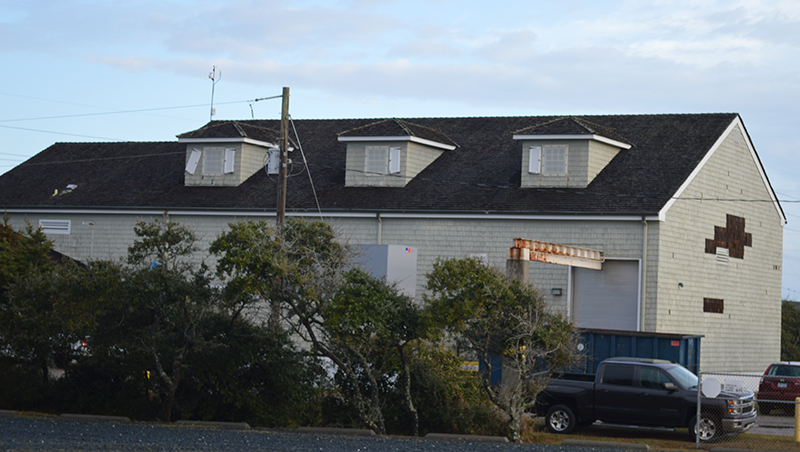 The Capital Improvement Plan for the Dare County Water Department calls for a new roof and siding for the Rodanthe-Waves-Salvo Water Plant in Rodanthe in fiscal year 2023. The budget for the work is $207,600. Other water system projects include another year of installing automated meter reading at $1.3 million and upgrading Cape Hatteras wells communication to fiber optic at $380,000. M.H. Goodloe-Murphy photo

On Monday, May 2, 2022, county manager Robert L. Outten will present his proposed budget for fiscal year 2023 to Dare’s Board of Commissioners.

He outlined his recommendations at a budget workshop with the commissioners on April 25.

At that workshop, he told the commissioners that the property tax rate would not change and that sales tax revenue would use a projected 3.75% increase over this year.

The total operating budget in the proposal budget would be around $123.87 million.

As of April 25, the draft budget called for the following new positions: a ground crew leader, three telecommunicators, two lieutenants for Emergency Medical Services, an employee for fire inspections, a substance abuse probation officer, conversion of a temporary position to permanent for transportation and a split time position for insurance and finance.

For the capital improvement plan, annual revenue for fiscal year 2023 is projected to be $23.39 million with debt service set at $15.65 million.

A note at the bottom of the financial model for the county’s Capital Investment Fund says “There will usually be differences between forecasted and actual results, because events and circumstances frequently do not occur as expected and those differences may be material.”

For this fiscal year, the county’s capital improvements budget calls for upping the allocation to Dare County Schools for local capital outlay to $573,805 from $550,000. The budget document states that in the future the school system’s Capital Improvement Plan escalation would be increased to 5% from 3%.

In addition to the budget presentation, the Dare board’s May 2 agenda calls for extending a couple of campground permits, a presentation by Children and Youth Partnership for Dare County and an item titled “Affordable Housing.”