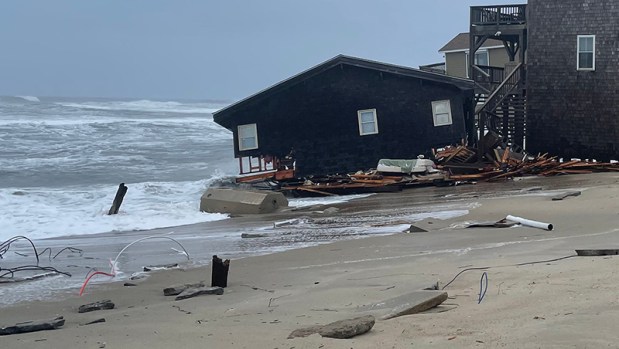 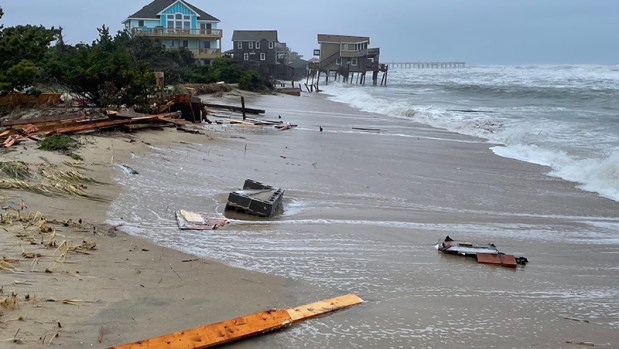 Cape Hatteras National Seashore has confirmed reports Tuesday morning, May 10, 2022 of an unoccupied house collapse at 24235 Ocean Drive in Rodanthe. The beach has been closed along all of Ocean Drive in Rodanthe to protect the public from hazards associated with the collapsed home and because there are additional houses in the area that may collapse, stated a National Park Service press release.

“Visitors should use caution when participating in recreational activities on the beach and in the ocean along Hatteras Island as debris is being spread widely across the Seashore,” stated the release.

On Feb. 9, 2022, a house located at 24183 Ocean Drive, Rodanthe also collapsed onto CHNS property. The debris from that house spread across many miles of beaches before the homeowner, contractor and volunteers were able to remove much of it. Clean-up efforts for smaller pieces of debris related to the Feb. 9 house collapse continue.

“Unfortunately, there may be more houses that collapse onto Seashore beaches in the near future,” said David Hallac, superintendent of National Parks of Eastern North Carolina. “We proactively reached out to homeowners along Ocean Drive in Rodanthe after the first house collapse and recommended that actions be taken to prevent collapse and impacts to Cape Hatteras National Seashore.”

CHNS will be working closely with the homeowner to coordinate cleanup activities and updates will be provided when available, stated the release.

Volunteers and visitors who plan to clean up some of the debris should place piles above the high tide line so that debris doesn’t get washed back into the ocean.

The release also stated that as photos from near the collapsed house site are taken, they will be posted to the CHNS Flickr page.