Anthony Kearns: So much more than an Irish tenor 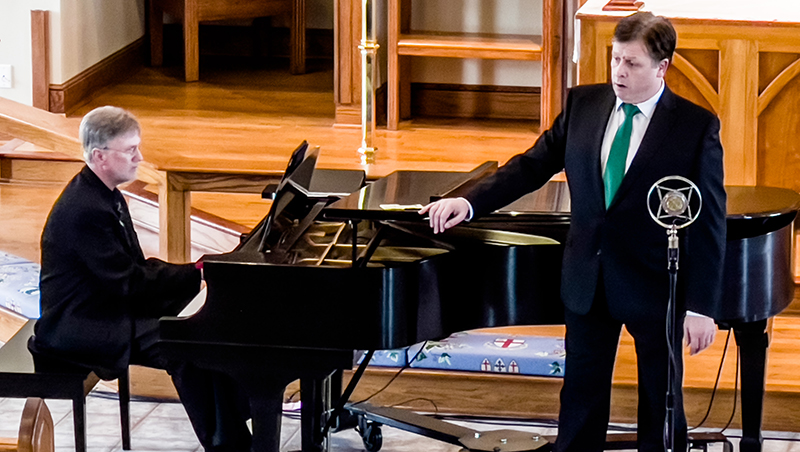 Anthony Kearns is Irish, he is a tenor, so by definition he is an Irish tenor. But expecting Kearns to sing only the ballads and ditties of the Irish tenor repertoire would be roughly akin to owning a Corvette and never driving over 50 miles per hour. Sure, it can do that, and do it very well, yet there is so much more to the experience.

Presented by the Don and Catharine Bryan Cultural Series, Kearns opened his Sunday afternoon recital at St. Andrew’s by the Sea in Nags Head with My Lagan Love, a very traditional Irish ballad.

From the first note, perfectly pitched with just the right amount of emphasis on the words to frame what is a beautiful love song, it was apparent that this would be a memorable afternoon of music.

What created the magic of the day, though, was more than Kearns’ voice, as powerful yet subtle as it was. Pianist David George’s mastery of the music highlighted how rich and complex many of the songs actually are, songs that are often thought of as simple melodies.

More than that, though, was the willingness of Kearns to take the audience on a journey with him through a remarkable variety of musical styles and motifs.

The performance was framed by classic Irish ballads. My Lagan Love introduced the evening and Kearns ended with Danny Boy, which may be the best-known Irish ballad there is.

The song is so familiar that it can seem cliched or stale because it has been performed so frequently. Kearns, however, brought the meaning of the words to life. Danny Boy is an intensely sad song, for Danny has died and he is only coming home to be laid to rest as “. . . the pipes are calling, From glen to glen and down the mountainside . . .”

The interpretation that Kearns brings to his performance draws attention to that sense of loss. He draws on a full range of vocal dynamics to portray the anguish of a lover who will never see her love again, or parents who have lost that which is most precious.

Certainly Kearns’ understanding of the Irish repertoire of music is exceptional. When he sings Grace, a song telling the true tale of Joseph Plunkett before he faced a firing squad for his role in the Irish Easter Rising of 1916, it is raw and emotional.

The song focuses on his thoughts as he is allowed by the British authorities to marry his fiancé Grace Gifford just hours before his execution.

They’ll take me out at dawn, now I must die

With all my love, I’ll place this wedding ring upon your finger

Ah, there won’t be time to share our love so we must say goodbye

He perfectly annunciates the lyrics, imbuing them with a yearning for the unattainable that is heartbreaking.

With Isle of Hope, Isle of Tears he again recreates the emotional sense of the song, a 15-year-old Irish girl arriving at Ellis Island “. . . On the first day on January, Eighteen ninety-two . . .”

An Irish ballad, to be sure, yet it speaks to a much larger truth, to the hope of immigrants – something universal that is a shared experience.

It is his understanding that music can convey a universal feeling that sets Kearns apart. He is a tenor and he is Irish, but where he takes his music goes far beyond the Emerald Isle.

In 2015, he performed for Pope Francis I when he visited Philadelphia for the World Meeting of Families. One of the songs Kearns performed was Shelter Me. Composed by American gospel composer and performer Bruce Carroll, Kearns arrangement with George on piano is transformative.

With the soaring eloquence of his vocals filling the worship hall, the song becomes a plea for strength from the divine.

When I cannot close my eyes

And the night goes on

Troubles taunt on every side

And my doubt is strong

The song may not be in the classical tenor repertoire, but Kearns throughout his performance made it clear he was willing to take a chance with his musical selections.

That was especially the case with La Vie en Rose, a song that Edith Piaf composed in 1946.

A French singer with a distinctive style and international reputation, La Vie en Rose could be considered Piaf’s signature song. Frequently covered by female artists, the words speak of the longing of a woman to be with a man. “When he takes me in his arms, And speaks softly to me, I see life in rosy hues,” is the translation from French.

But Kearns, singing in French, took the song on and transformed it. Instead of a yearning for the heart of another, he created a declaration of love and the joys it brings.

La Vie en Rose was not the only selection for the performance that could be considered surprising. South of the Border (Down Mexico Way) has been covered by Frank Sinatra, Bing Crosby, Patsy Cline and an infinite number of other artists. But not one of them applied an operatic tenor voice to it – creating a very different way to think about the song and frankly, making it fun to listen to.

It was apparent that when he was thinking about his song list for the afternoon, there was an element of storytelling in it. One of the last songs he performed was Somewhere Over the Rainbow. Interestingly, Kearns placed the song immediately after Isle of Hope, Isle of Fear, a song that specifically looks at how our fears create the hope for a better life.

What made Somewhere Over the Rainbow stand out was the choice to include the introductory verse that is almost never performed: “When all the world is a hopeless jumble, And the raindrops tumble all around, Heaven opens a magic lane . . .” is how lyricist Yip Harburg introduced Harold Arlen’s tune. George and Kearns gave us the complete song.

It is important to note just how remarkable the piano performance of George was. At their core the songs Kearns was performing are simple, lyrical melodies, but combined with that remarkable, resonant tenor voice and often subtle but complex piano accompaniment, the afternoon became something special and memorable.

Next up for the Don and Catharine Bryan Cultural Series is the 8th Annual Surf and Sounds Chamber Music Series which runs August 22-26, 2022 at venues from Southern Shores to Buxton and Manteo. The series also supports the Juneteenth celebration “Sounds of Freedom” presented by the Pea Island Preservation Society Inc.

Support for this cultural offering of events is provided by TowneBank of Currituck, OBX Chevrolet Buick, Ramada Plaza Hotel of Kill Devil Hills and Hilton Garden Inn of Kitty Hawk.

The Bryan Cultural Series is a non-profit organization formed in 2012.  The board of directors is composed of nine community leaders dedicated to offering a series of high quality cultural events. These events will include a variety of visual, literary and performing arts. The board strives to glean from talent that has attained regional as well as national recognition to maintain a high standard. 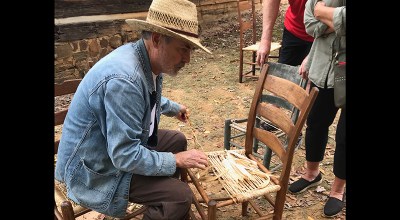 NC 12 between Oregon Inlet and Rodanthe to reopen…