On most mornings, you’ll find super swimmers Kathleen and “K.E.” Morgan doing laps in the indoor pool at the YMCA in Nags Head.

Daily, this married duo logs hundreds and thousands of meters as they each seek to improve their levels of fitness and prepare for competitive challenges such as Dare County Senior Games, North Carolina Senior Games and Masters swim meets.

Lap after lap, their goals are similar: faster times and longer, stronger swim sessions. Both athletes have enjoyed other sports in their lives – Kathleen was a distance runner and triathlete.

K.E. reflects favorably on his glory years playing high school football for Churchland High. He also ran with the Tidewater Striders where he served on their board for eight years and was president for four, he said. “It’s the third largest running club in the nation.”

They’re both easy to talk to and approachable for tips and advice on getting swim strokes, turns and dives just right.

Their love for swimming spills over into other parts of their lives too. Both volunteer their time, energy and knowledge to the athletes of Dare County Special Olympics. This Saturday, May 14, the fruits of their labors near and far will meet head-to-head in a dual swim meet in Suffolk, Va.

That’s because the Morgans started Special Olympics swimming programs at both the Suffolk Family YMCA and the Outer Banks Family YMCA. Their passion for these special swimmers was on display when the two teams competed last month in Nags Head. Kathleen directed the meet and K.E. served as the starter.

“We are a team,” he said. “The Suffolk team we started also, our sister team, they are all near and dear to our hearts.”

The Dare County team had 13 swimmers; Suffolk had 10. There were nine events and 25 heats total. After getting the local program off the ground in 2013, Kathleen served as the program coordinator for Dare County Special Olympics from 2013 through 2020 and coached the swim team as well.

Although she stepped down as program coordinator, she continues to coach the swim team with K.E.

“We coached them a long time, we watched all of the kids grow up,” K. E. said.

At the Nags Head meet, there was a lot of positive reinforcement from the coaches, parents and teammates not to mention some close, competitive races.

“They love it . . . they get to showcase their talents and abilities,” Kathleen said and K.E. agreed.

“These people can swim!” she added. “They can do anything they put their minds to – we focus only on their abilities, never their disabilities.”

K.E. said the athletes will work on a new task such as flip turns and dives until they get it right

“All of the sudden, it clicks and the whole team can do it!” he said.

“We teach them difficult tasks because we believe in their ability to do hard things, and these accomplishments make them happy.”

The Morgans are thankful to have the facilities and pool time the YMCA provides.

“The Y does great things for us, if it wasn’t for them, some of our athletes would never learn to swim let alone swim on a team,” Kathleen said. “And it’s really important too, especially on the Outer Banks where we are surrounded by water – it’s definitely a win-win.”

This time of year, these special athletes have their eyes on the Summer Games, which are held the first weekend in June at the Triangle Aquatics Center in Cary.

“They get very excited,” Kathleen said. “You have to qualify for this meet – that’s why they really try hard, they want to go.”

This is a true Olympics-style event with an Olympic Village, an opening ceremony, a big dance and an exciting closing ceremony.

The athletes will stay in the dorms at N.C. State University in Raleigh, the Morgans said. For some it’s the first time they have spent a night away from home let alone an entire weekend with their team.

“It is such fun watching their excitement as they experience each new adventure,” Kathleen said. She loves seeing the Summer Games through the eyes of the athletes.

The Morgans thank all the area coaches and volunteers that dedicate their time, energy and expertise as well as the generous donors of Dare County for making the athletes’ dreams come true.

“We train for this all year,” Kathleen added. “It’s not easy for them to get there, it’s not a given, it’s the best of best at Summer Games.” 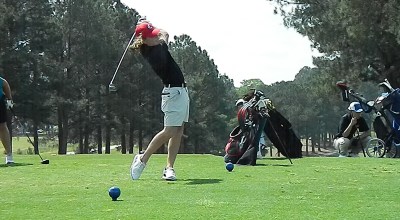