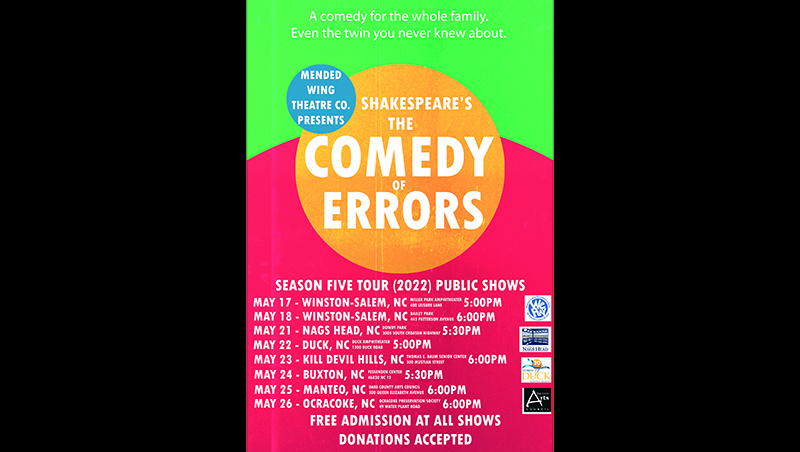 Mended Wing Theatre Co., founded by UNCSA alumni and featuring current students in the School of Drama, will present Shakespeare’s “The Comedy of Errors” for school age children in 15 public parks and public schools throughout North Carolina May 17-26. The company’s fifth season hits the Outer Banks with several performances starting May 21.

Founded in 2017 by two alumni of the School of Drama at UNCSA, Mended Wing Theatre Co. has presented Shakespeare annually for kids in public schools and communities across the southeastern United States, reaching more than 5,000 students to date.

This year’s highly energetic production of Shakespeare’s off-the-wall farce features six young actors who are current students at the School of Drama at UNCSA, each in multiple roles, and is directed by UNCSA alum Emmet Temple (H.S. Drama ‘13, Drama Directing ‘17).

“After a two-year hiatus due to the COVID-19 pandemic, we are thrilled that Mended Wing will be back in our home state of North Carolina for our fifth season,” said Temple, co-founder of Mended Wing who will also serve as production manager for the tour. “When kids are exposed to Shakespeare the way that his plays were meant to be experienced – as live performance – they not only understand that specific play, and Shakespeare’s language better, they are also given a key into a whole set of other cultural references that stem from Shakespeare’s lasting influence on our culture.”

Visit www.mendedwingtheatre.com for more information and https://gofund.me/a6c7f3cd to make a contribution. 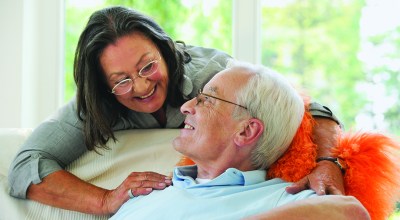