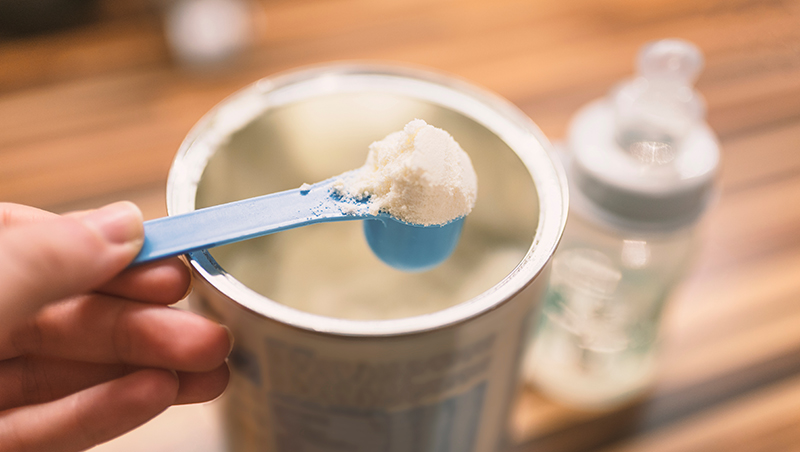 No one should be happy about the baby formula shortage. There’s nothing good about watching families scramble to meet life-and-death needs of society’s most vulnerable members.

That’s why this observer remains reluctant to declare any piece of the story a proverbial silver lining.

Nonetheless, there is a chance that a good result could emerge from undeniably bad news. The high-profile shortage of such a basic family necessity might prompt more people to rethink the value of government restrictions.

That thought came to mind after reading the script of a June 3 WUNC radio report.

“North Carolina is making it easier for people who receive nutrition benefits to buy different types of baby formula,” the story began.

The state now contracts with a single company, Gerber, to provide formula for the Women, Infants and Children government program. “Before the nationwide shortage, WIC recipients were restricted to certain types and sizes,” WUNC reported.

Now, the state Department of Health and Human Services has decided to waive limits. “The agency says it’s also working to buy formula in bulk, and it’s asking the federal government to ease other restrictions on the kinds of formula available to WIC beneficiaries,” according to the public radio report.

The story highlights Gov. Roy Cooper’s endorsement. He credited his administration for “taking action to create more options” for WIC families. “By removing restrictions on the formula options that WIC families can purchase, it will be easier to get the formula they need,” Cooper said.

State Health Secretary Kody Kinsley also praised the government for giving WIC families “flexibility at the shelf to select sizes of products that usually aren’t covered by the program.”

Nothing about the report struck a wrong note with this reader. But all the talk about waivers, relaxed restrictions and flexibility prompted follow-up questions: Why did the state enact these limits in the first place? Why would a government waiver be required for families to gain access to such a critical product?

Perhaps the most important lingering question: Is there any good reason ever to reinstate these restrictions? Once baby formula is readily available again, it’s not obvious that state government needs to reimpose limits on the types, sizes and brands available to parents in need.

I claim zero expertise in the area of child nutrition. It would be possible to convince me that the temporarily waived restrictions might have some health and safety value.

But I’ve also observed enough government regulation to know that the rules might be unnecessary. State authorities expressed their willingness to dispense with the restrictions during an emergency. If the rules carry more costs than benefits now, at a time when baby formula is scarce, it’s hard to picture a scenario in which the rules would be beneficial.

It’s possible those rules were never needed, or #NeverNeeded, as the Washington, D.C.-based Competitive Enterprise Institute might say.

Like the baby formula shortage, the COVID-19 pandemic represented a terrible story. There was no upside to shutdowns, lockdowns and drastic shifts in people’s lives because of the coronavirus.

Yet early in the days of the pandemic’s grip on American society, CEI launched its #NeverNeeded social media campaign. It highlighted federal and state government regulations that hampered Americans’ response to COVID. As early as March 18, 2020, CEI’s Ryan Young already had documented a significant number of opportunities for reform.

Tariffs and supply chain barriers prevented health care supplies from reaching the places where they were needed most, Young reported. (That should sound familiar to those tracking details of the baby formula story.) The Food and Drug Administration’s standard approval process seemed overly stringent for vaccines, treatments and tests. (The Trump administration’s Operation Warp Speed helped address that issue.)

The Securities and Exchange Commission’s accounting rules discouraged stockpiling of helpful medical supplies. Attempts to reclassify independent contractor delivery drivers as employees limited those jobs, just when people forced by government to stay at home had an increased demand for deliveries.

The #NeverNeeded campaign had positive impacts. It opened eyes. People learned about government rules that offered questionable benefits during the best of times, while proving counterproductive or even harmful in the middle of an emergency.

But the return to a degree of “normalcy” after a couple of years of COVID has had the opposite effect. It has turned attention away from real-life problems created by overly burdensome regulations.

Perhaps the formula shortage can reignite interest in scrapping unnecessary government rules. If not a silver lining to the shortage story, at least that outcome would amount to a useful byproduct.