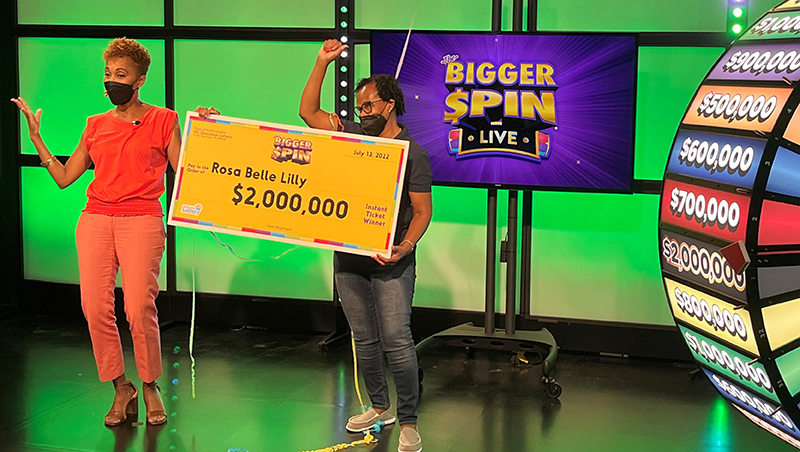 The North Carolina Education Lottery has reported a big win by a Montgomery County woman.

Rosa Lilly, of Mount Gilead, had a chance to spin a giant prize wheel Wednesday, July 13 at the Bigger $pin Live Event. She landed on a $2 million prize, the top prize offered in the event.

Lilly told her daughter the night before that she was going to win the $2 million. “I just had a feeling,” Lilly said.

Lilly’s stroke of good fortune started when she bought her $10 Bigger $pin scratch-off from Wilder Grocery on North Main Street in Mount Gilead, according to the announcement from the NC Education Lottery.

“I was so happy, that was my lucky day,” Lilly said.

She said she plans to use her winnings to take a vacation to the Bahamas, remodel her house, buy a new Lexus and give some money to her church and her family.

Lilly is the fourth person to get a chance to win one of the $2 million prizes. At the first event in November, a retired Greensboro postal worker won $900,000 and a Durham cook won $400,000. At the second event in January, a manufacturing plant worker from Fayetteville won $500,000.

For details on the impact from lottery funds, visit www.nclottery.com and click on the “Impact” section.