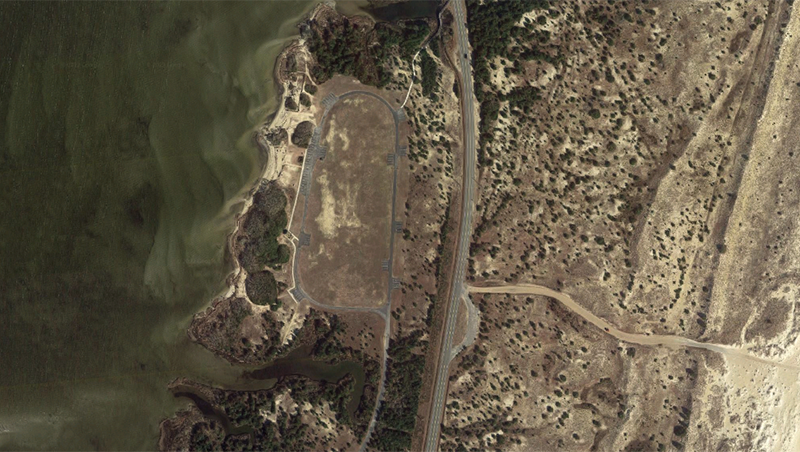 In the northern villages on Hatteras Island, Chicamacomico Banks volunteers were called out twice in the space of an hour on Monday, August 8, 2022.

Quick action from bystanders and first responders – along with their training and equipment – revived a man.

The two events unfolded starting at 11:30 a.m., around the same time the aftermath of a wreck was being handled in Avon.

Chicamacomico Banks Water Rescue was first called to the beach to help a 10-year old boy with a broken leg. An ambulance was diverted to the Avon incident. The water rescue team stabilized the boy’s leg and family members drove the child to The Outer Banks Hospital.

At 12:30 p.m., a call came from Dare Central for Chicamacomico Banks volunteers to respond to CPR in progress at the Salvo Day Use Area.

The man was revived and loaded into an ambulance with a Chicamacomico Banks responder driving the ambulance and with the two emergency medical personnel and one Chicamacomico Banks responder in the back with the patient. Within three minutes of loading the patient, the ambulance was heading for The Outer Banks Hospital. When patient arrived at the hospital, he was breathing on his own and had a heart rate.

The Chicamacomico Banks Volunteer Fire and Rescue Department delivers a wide range of emergency services, such as fire suppression, water rescue, vehicle extrication and assisting emergency medical personnel. Training in all those jobs takes place Monday nights at 7 p.m. at either the Rodanthe station or the Salvo station.

A LUCAS device is on every ambulance in Dare County. The device delivers consistent compressions. The Dare County Board of Commissioners invested in the devices in the fall of 2019.

All paramedics in Dare County Emergency Medical Services are trained in advanced life-saving therapies such as medications and cardiac monitoring. The LUCAS device is one of the tools that emergency personnel use to achieve better outcomes for all patients.

Dare Emergency Medical Services Chief Jennie Collins noted that bystander CPR is critical to span the time between when the emergency is identified and arrival of emergency medical personnel.