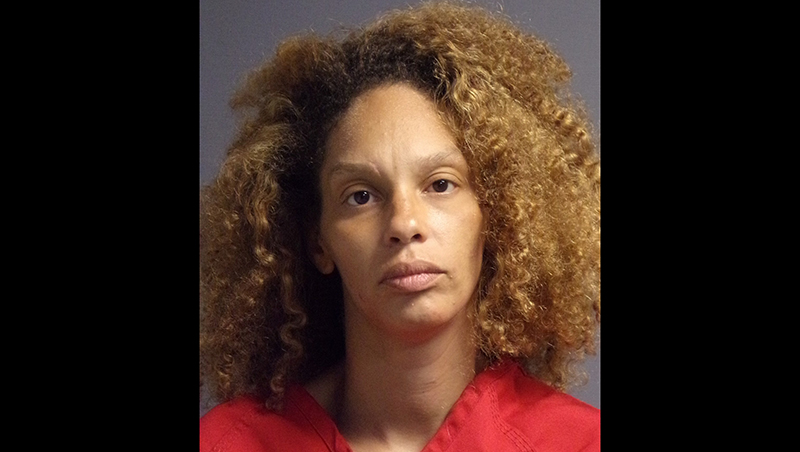 A Norfolk, Va. woman was taken into custody in Moyock following a pursuit that began in Chesapeake, Va. Monday morning, August 8, 2022.

According to the Chesapeake Police Department, officers with that agency saw a vehicle that had been reported stolen from Norfolk in the area of Battlefield Boulevard and Albemarle Drive. Officers attempted to stop the vehicle and the driver – Ciera Scott, 28, of Norfolk – continued south until she crossed into North Carolina.

Currituck County Sheriff’s Office patrol deputies took over the pursuit for approximately three miles south on NC 168 in Moyock. Deputies took Scott into custody after she crashed into a ditch near the intersection of Survey Rd. and NC 168. Scott had fled from multiple agencies in Virginia prior to entering North Carolina, according to CCSO.

“After crashing the stolen vehicle, Scott exited the vehicle wielding a knife at the deputies,” stated the CCSO press release. “A patrol supervisor deployed his Taser and incapacitated Scott while other units secured the arrest.”

Scott was transported to the Currituck County Detention Center and processed for felony flee to elude arrest, careless and reckless driving, possession of a stolen vehicle, no operator’s license and assault with a deadly weapon. She was also processed for felony charges from Chesapeake stemming from the pursuit. Scott was turned over to the Currituck County Detention center under a $75,000 secured bond.

“We are thankful for the positive ending and the partnership with the Chesapeake Police Department,” stated CCSO.