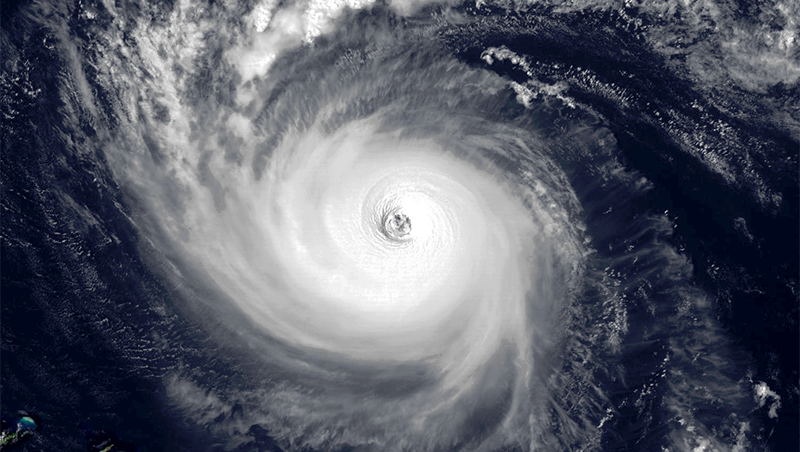 This hurricane season may be a tad quieter than initially projected, but it is still likely to be busier than normal, government forecasters and others say.

The National Oceanic and Atmospheric Administration on Thursday trimmed their hurricane season outlook from a 65% chance for above normal activity to 60% and increased the odds of a normal season from 25% to 30% because of uneven sea surface temperature, including a patch of cooler water off Portugal. Parts of the Atlantic are warmer than normal, but the variability had forecasters “backing off on the higher end” of their predictions, said lead hurricane outlook forecaster Matthew Rosencrans.

The weather agency now predicts 14 to 20 named storms instead of its May forecast which was 14 to 21. The predicted number of hurricanes remains the same at six to 10 while those storms that hit major category of at least 111 mph are now forecast to be three to five instead of three to six. The forecast includes the three tropical storms that formed in June and early July, about average for this time of year, but quieter than the last few years.

An average season has 14 named storms with seven becoming hurricanes and three of those being majors, according to NOAA. There were 21 named storms last year, a record 30 in 2020 and 18 in 2019.

“While the tropics have been relatively quiet over the last month, remember that it only takes one landfalling storm to devastate a community. This is especially critical as we head into what the team here anticipates is likely to be a busy peak of the season,” Rosencrans said in a press briefing.

A persistent La Nina — the natural cooling of parts of the Pacific that changes weather worldwide — weak trade winds and some warmer than normal Atlantic water temperatures still point to a busy season, Rosencrans said. But the patches of cool water, with temperatures closer to normal than originally predicted in some places, “could kind of tamp down on activity,” he said.

“I don’t think the season is going to be a dud, but it’s taking its sweet time getting going,” said Colorado State University hurricane researcher Phil Klotzbach, head of the school’s forecast team.

Klotzbach said this year with its strong La Nina and nearer to average water temperatures seems similar to 1999, 2000, 2011 and last year, which featured a devastating Hurricane Ida that hit Louisiana and sloshed into the Northeast with heavy rain, causing many deaths in the New York-New Jersey region.

“Hopefully, we’ll have no Idas this year, but the overall environment is very similar,” Klotzbach said.

About 90% of Atlantic storms happen from August on. Hurricane season peaks from mid-August to mid-October with the season ending on Nov. 30.