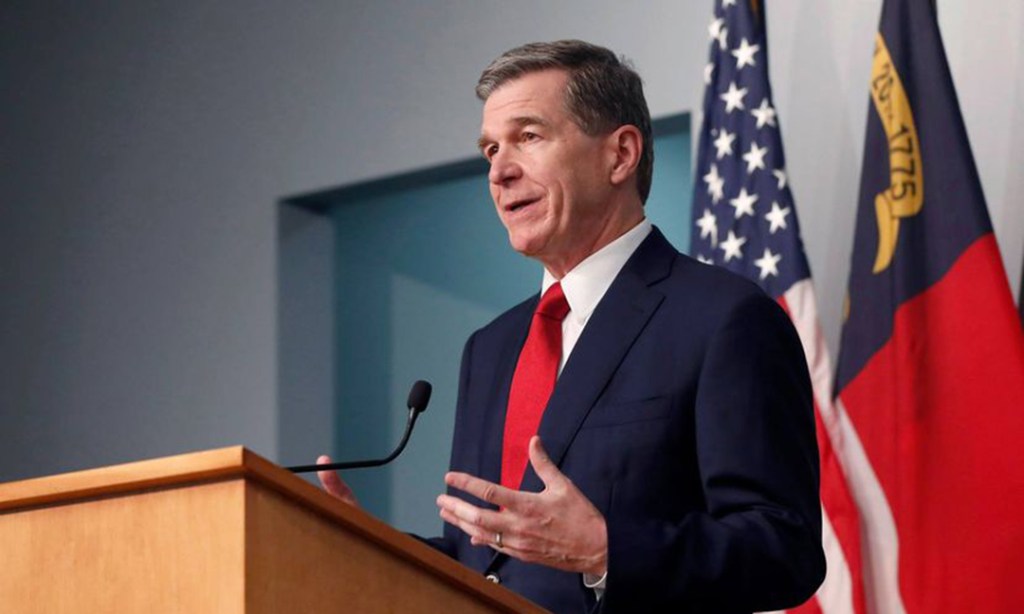 The Democratic governor announced last month that he would lift the emergency order Monday, citing provisions in the latest state budget bill he signed that would allow health care providers and regulators to keep responding robustly to the virus. His termination order said the emergency ended late Monday night.

The executive orders issued during the emergency “protected public health and helped us save lives and livelihoods,” Cooper said in a news release. “North Carolina is emerging even stronger than before and my administration will continue to work to protect the health and safety of our people.”

Cooper’s initial emergency order, issued on March 10, 2020, and subsequent orders based on that declaration, led to public school closings, mask requirements and restrictions on commerce and restaurants.

As the pandemic’s intensity waned, nearly all of the restrictive statewide mandates were lifted by last summer, but the emergency order remained in place. Cooper said early this year that the order was necessary in part to help get coronavirus vaccinations to the public and assist health care providers should cases surge.

Business owners, churches and others chafing under the 2020 restrictions that Cooper issued went to court to try to end restrictions.

Cooper won most of those legal battles and vetoed several measures in 2020 and 2021 from Republican legislators seeking to end specific restrictions or limit the governor’s power to issue long-term emergency orders. Some GOP lawmakers continued to complain into this year about why the governor wouldn’t end the emergency as conditions improved.

But a two-year budget that Cooper agreed to accept last fall contains language requiring governors starting this January to receive support from a majority of Council of State members to expand an emergency declaration beyond 30 days. The General Assembly would have to act for one to go beyond 60 days.

Among the provisions that Cooper’s health department successfully sought this year that led to Monday’s action is one giving the state health director authority through the end of 2023 to issue standing orders for COVID-19 vaccinations, tests or other treatments. Health regulators also now have authority to waive certain provider rules or increase bed capacity at hospitals, adult care homes and elsewhere during an emergency.

“COVID-19 is still with us, and North Carolinians now have multiple ways to manage the virus, so it doesn’t manage us,” state Health and Human Services Secretary Kody Kinsley said.

State health officials have counted more than 25,700 COVID-19 deaths in North Carolina since March 2020, according to Kinsley’s department. The state had about 1,350 COVID-19 hospital admissions earlier this month, while about 77% of the state’s adult population has received at least one vaccine dose, the agency said.