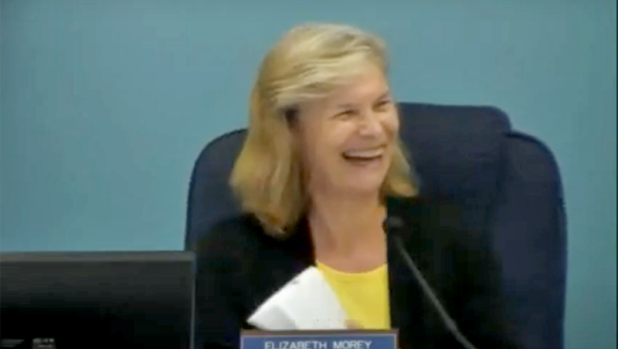 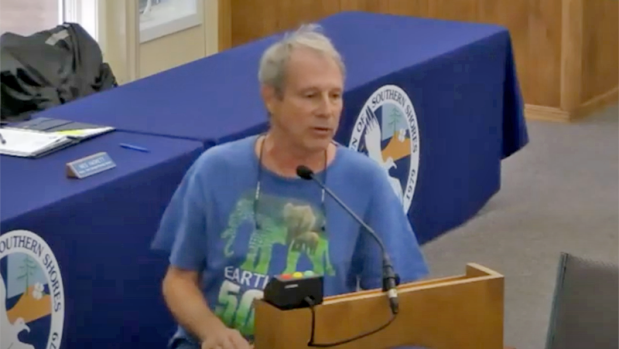 North Carolina Department of Transportation will put down the thermoplastic pavement markings and the crosswalk signals, but the town will be responsible for adding overhead lighting. Town manager Cliff Ogburn is considering solar lighting at a price under $4,000.

The council received community input and deliberated on the location, the options being Ninth Avenue or Tenth Avenue.

“I think adding another crosswalk between the two lights makes a lot of sense,” said council member Matt Neal, stating that there have been more residents advocating for a crosswalk at Tenth Avenue.

Mayor Elizabeth Morey agreed: “We hear from folks here that they would like some more paths out there on 12 and they want a safe way to get across the road to go to the beach … From the aerial photo, I think Tenth Avenue makes the most sense and it’s what’s being recommended.”

The council voted unanimously to approve a crosswalk at Tenth Avenue.

At the meeting, council members also approved a preliminary subdivision plat submitted by Matthew Casella to subdivide a property at 267 Hillcrest Drive into two lots, then moved on to a public hearing for a text amendment that would allow to allow group fitness, aerobics, dance, martial arts, yoga, gym and/or weight training as a permitted use in the C, General Commercial zoning district.

Applicant Myla Smith made a statement to council members, proclaiming the benefits of dance studios for youth and adults, despite the fact that she is no longer pursuing a dance studio in Southern Shores. “The space that we had our hearts set on it fell through. It was leased before we could get this passed so we’re going to stay where we are for now,” she explained.

Though the amendment will not help Smith, the council recognized the benefit of a dance or fitness center in Southern Shores and passed the amendment.

Regarding town updates, Ogburn stated that the road paving project is almost complete and has only a few remaining “punchlist items.” Though the town was clear this was to be primarily a patching project, Ogburn said that they now see the need to make adjustments so the roads would be more attractive and more palatable to residents. This is year one of a two year project, and next year will be primarily overlays.

Ogburn explained that the exposed aggregate has been put in place in advance of the road overlay. “It’s there for structure and the support in advance of that overlay being done. You may look at it and think ‘why isn’t that smoother’ or ‘why isn’t that cleaner?’ but it’s serving a purpose. That is, again, the kind of the glue before we can get the overlay.”

Several residents weighed in on various topics during public comment. Leonard Schmitz spoke to the speed reduction planned for NC 12, stating that 35 mph would allow for golf carts, which he believes will be a safety hazard. He suggested d 40 mph for the road, which is above the threshold allowed for golf carts.

Another resident, Tony DiBernardo spoke up requesting that council repair the footpath on Duck Road. “The foot path on Duck Road is atrocious and I know you’re looking at doing another footpath … but I think infrastructure-wise you have to start looking at what we currently have and keeping up what we have,” he said to council members.

“If a road could have varicose veins, our roads – that footpath – has varicose veins, let me tell you. If you ride a bike it’s constant bumping and it’s really a mess,” he added.