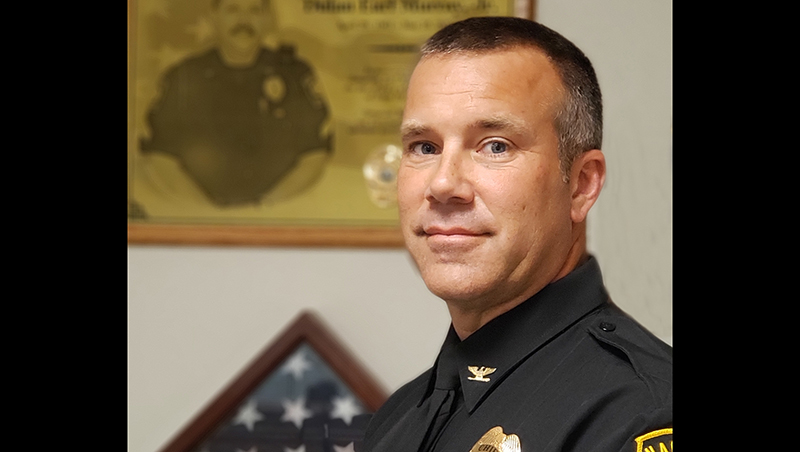 Hale, who has acted as the town’s interim police chief since early August 2022 and, prior to that, served as the deputy police chief for five years, has over 20 years of law enforcement experience, all within the local Outer Banks community.

Hale started with Nags Head in 2010 as a patrol officer and was promoted several times, serving as sergeant, lieutenant, deputy chief and now chief. He has also been called upon twice to serve as the town’s interim chief. In addition to his experience with Nags Head, Hale spent eight years with the Town of Kill Devil Hills.

“During his tenure in Nags Head, Chief Hale has directly supervised all the Town’s police divisions, including Patrol, Criminal Investigations, Animal Control, and Administration,” stated a Town of Nags Head press release. “He has taken a lead role in emergency management and response, internal security, special events, departmental training, and interagency coordination efforts.”

Hale is originally from Aulander in Bertie County. In 2017, he completed the administrative officers management program at North Carolina State University.

“Chief Hale has dedicated his career to this community. Through his twenty plus years of local law enforcement service, he has developed relationships with partner agencies and community leaders and built trust with our citizens and departmental staff. He also understands the Town’s values and our unique issues,” said Garman. “Chief Hale has proven to be an honest, supportive, and inspiring leader. Perry is also proactive and operates with a sense of urgency, which is a requirement to provide the service our community deserves. I look forward to continuing to work with Perry and wish him the best of luck.”

“I’ve been fortunate to spend all of my law enforcement career on the Outer Banks,” said Hale. “Nags Head benefits from a well-trained and professional police force thanks to long-standing support from our elected officials and staff. To be honest, while I am honored to be selected for the chief’s position, I am even more excited to lead the great group of men and women who make up our Police Department. Together, we are motivated to keep Nags Head a safe place to live and visit.”