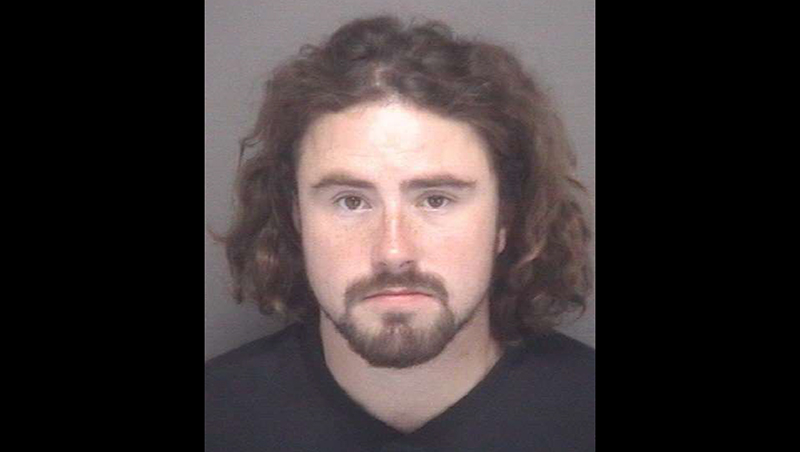 The Dare County Sheriff’s Office has reported the arrest of a Kill Devil Hills man after the search of a residence.

According to a DCSO press release, on September 9, 2022 at around 8 a.m., the Dare County Narcotics Task Force executed a search warrant in the 1800 block of Bay Drive in Kill Devil Hills. After the Dare County Joint Agency Tactical Team (JATAC) secured the residence, a search was conducted.

“During the search of the residence a trafficking amount of marijuana, two firearms and U.S Currency was seized,” stated the DCSO press release.

Dylan Judd Strickland, 24, of Kill Devil Hills, was arrested for felony trafficking in marijuana, felony possession with the intent to sell or deliver marijuana, felony sell/deliver controlled substance to a minor greater than 13 but less than 16, felony employing or using a minor to commit a drug law violation and felony maintaining a dwelling for a controlled substance. Strickland was given a $180,000 secured bond. It was reduced to $75,000 in court and he was released.

DCSO noted that juvenile petitions will be sought for the minors in this case.

“This case was a result of an investigation where juveniles were being used to distribute marijuana inside Dare County,” stated the press release.