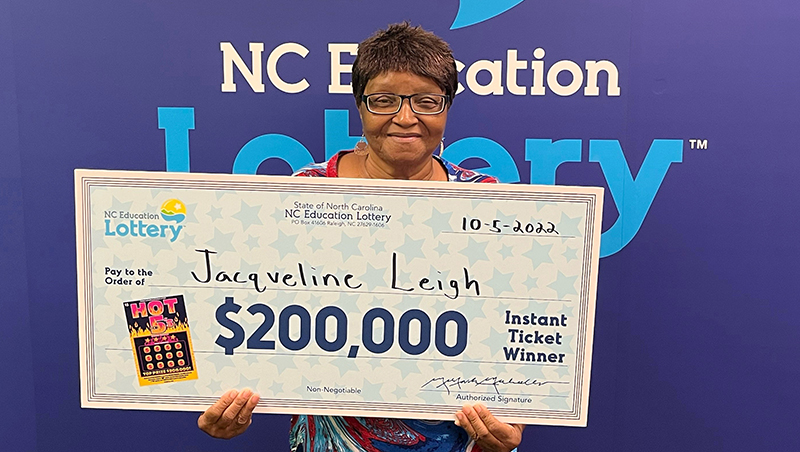 After nearly tossing her $5 scratch-off ticket in the trash, Jacqueline Leigh, 60, of Roper decided to check her ticket one more time and found a $200,000 prize waiting for her.

“I really was about to throw it away,” she said. “But I went back and looked at it again and that’s when I discovered it.”

Leigh said she wanted to tell her family the good news right away. “I told my daughter and she said, ‘Mom are you for real,’” Leigh laughed.

Leigh stopped by lottery headquarters Wednesday to claim her prize and, after required state and federal tax withholdings, took home $142,021.

“I’ve never won anything like this before,” Leigh said. “It’s a blessing.”

She said she will use her winnings to pay off her car and pay some bills.

For details on statewide impacts from from lottery funds, visit www.nclottery.com and click on the “Impact” section.