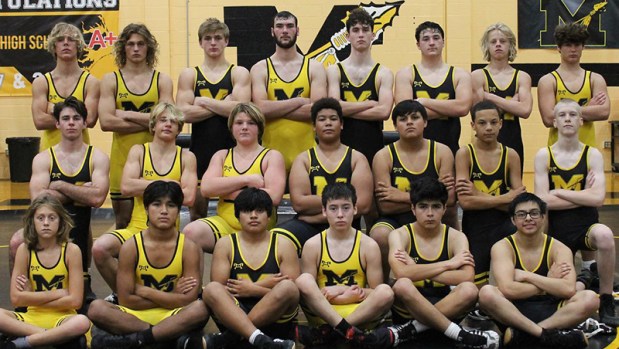 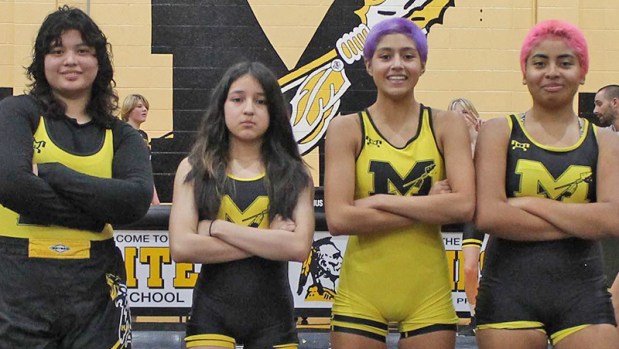 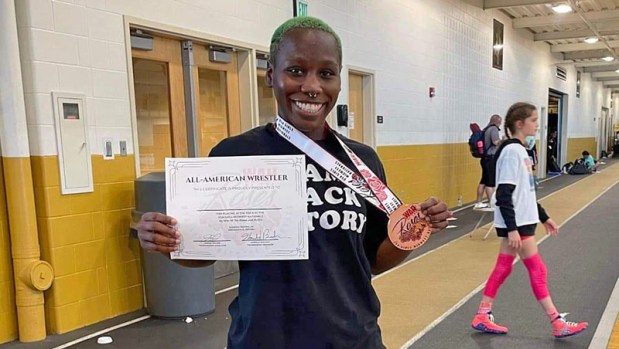 Manteo Redskins wrestlers plan to kick off their 2022-23 season by hitting the mats for a non-conference tri-match against Edenton and host Pasquotank in Elizabeth City on Wednesday, Nov. 16.

Eighth-year coach Jim Metzinger says he’s got right around 30 athletes vying for the starting positions in the 14 weigh classes from 106 to 285 pounds. They took first in the Albemarle Athletic Conference last year.

The team suited up for the annual Black versus Gold inter-squad scrimmage last Friday. Now that the regular season has arrived, he hopes everyone has recovered from a “flu bug” that’s plagued early season training.

The Redskins will feature a mix of talent with some returning upper classmen, at least one potential state finalist and a host of others who are fairly or brand new to the sport.

“We have a pretty tough schedule this year,” Metzinger said. “We plan to expose weaknesses early and fix them by January.”

The coach says some of his wrestlers started in middle school programs and others are recruited by their peers. He enjoys teaching them all, especially raw recruits.

“For some, it’s the first time ever stepping foot into the gym,” Metzinger said. “We take pride in coaching them right, it’s something pretty special.”

Another special accomplishment happened just last month when Manteo junior Thalia Aquirregomez qualified as an All-American wrestler when she went won seven and lost four matches at The War of the Roses Midwest National Tournament in Indiana on Oct. 1, the coach said.

Now, he expects her to shine for the Redskins and improve on her 32 wins from last year. They pair have set some important goals.

“I’m expecting big things and she may even win a medal at the state tournament [with a first to fourth place finish],” Metzinger said. For the regular season, “she’ll be in the dual team line up in the 106 or 113 weight class.

“She wrestled all summer, some 50 matches in the spring and summer,” Metzinger said. “She went to camps and did her weight training.”

On weekends, she’ll look to compete in female-only travel tournaments. The Redskins have four female wrestlers on the roster this season. The coach said the state is pushing to separate males and females competing.

“I know Kamilah has missed you a lot and was happy to spend the weekend with you again,” she said.

In an unfortunate twist for the Redskins wrestling program, Brooks had to relocate and now wrestles for Pasquotank, Metzinger said.

He suspects she’ll compete in the 126 or 132 weight class on her way to the states again this year and she has a shot at going No. 1 or 2. Like Aquirregomez, Brooks also knew how to put in the extra effort it takes to be successful in this sport.

“She did all the little things you need to do, invested the time,” Metzinger said.

Because Brooks traveled with Metzinger and his wife Jillion to away tournaments, they all got to know each other well.

“She knew my family, so it was pretty hard when she left,” he said. “I still tell her ‘She’s like family.’”

Now that Brooks and Aquirregomez are at different schools, it’s possible they could face each other on the mat but only in an unofficial capacity, Metzinger said.

Matches will run all day on two mats, Metzinger said.

“It will be a full day of quality high school wrestling.”