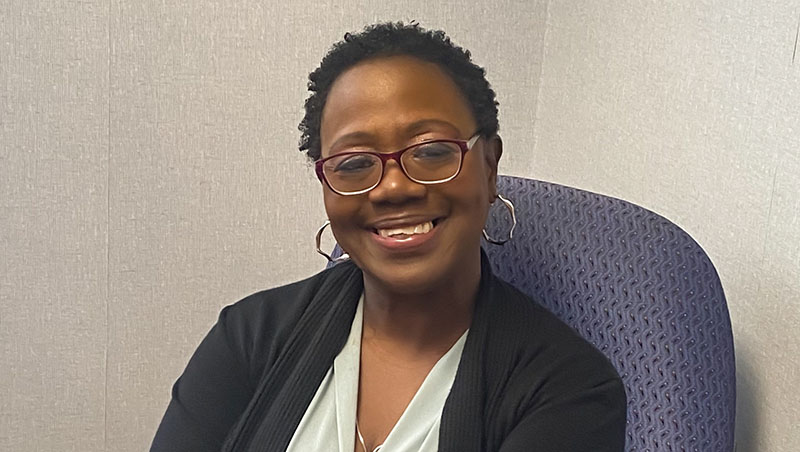 Dr. LaTonya Nixon, vice president of student services at Beaufort County Community College, was a recent participant at the Thomas Lakin Institute for Mentored Leadership presented by the Presidents’ Round Table. Nixon has held the role since 2019.

Nixon, a resident of Greenville, is responsible for the life cycle of students from the admissions to graduation which includes all supportive wraparound services for student success. Previously, she worked as the dean of students at Roanoke-Chowan Community College. She holds a bachelor of science in psychology from Longwood University in Virginia, a master of arts in community and clinical psychology from Norfolk State University and a doctor of education in administrative leadership for teacher learning from Walden University.

“Held this year in Pittsburgh, Pennsylvania, The Lakin Institute seeks African American participants whose experience and credentials indicate they are ready to attain the highest academic positions. The program is an opportunity for open dialogue with chancellors, presidents and CEOs and covers all aspects of academic leadership,” stated a BCCC press release. “Nearly 200 participants have attended The Lakin Leadership Mentoring Program since its inception in 1994. The institute has the highest graduate placement rate of any leadership institute in the United States.”

One of three participants have become a college chancellor, president or CEO, noted the release. It is named in honor of Dr. Thomas Lakin, former chancellor of the Ventura County (CA) Community College District. The Presidents’ Round Table is an affiliate organization of the National Council on Black American Affairs and the American Association of Community Colleges.