Memories and Musings: The pasta wars 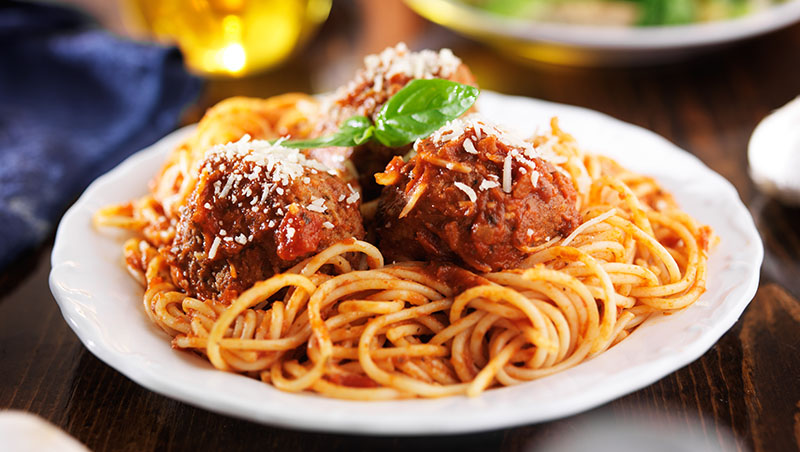 Let’s get one thing straight right off the bat: everyone’s mom makes dinner dishes that are better than anyone else’s.

On any Sunday in my hometown of East Rochester, New York, nothing – and that’s an absolute – could smell as amazing as my mom’s Sunday sauce simmering for hours on the stove. (My dad’s hot sausage with fried potatoes, onions and peppers were also one of my top five, parent-cooked favorites.)

Fortunately, I was adaptable and able to enjoy pasta at almost every house or restaurant that served it, as long as there was at least one large meatball or six-inch piece of Italian sausage on the plate. (That was never a problem since every house in my hometown where I had pasta had one or the other, and I never ordered pasta in a restaurant without one or the other, or both.)

My dad, however, was not flexible and spent his entire pasta-eating life at war with everyone else’s sauce that didn’t taste exactly like my mom’s.

Perhaps, most of you will better understand why this story remains important to me, when I tell you that the “pasta wars” went on while I was a know-it-all teenager. As we all know most teenagers are embarrassed when their mom or dad asks for extra ketchup in a restaurant. Signals for a coffee refill. Or, Heaven forbid, sends something back because it’s cold.

Actually, the pasta wars began my freshman year at St. Bonaventure University in Olean, New York. My parents often made a weekend trip to Olean to visit me. We always went to an Italian restaurant – I think it was called The Castle – for dinner and my dad and I ordered spaghetti and meatballs. The difference was that I ate mine.

(In my dad’s defense, we had pasta at the houses of all my East Rochester relatives, and dad always seemed to enjoy the meal – although he often made a few snide, culinary remarks on the ride home.)

At the Castle, after dad’s first twirled taste of spaghetti, I saw the “look” that would haunt me at every subsequent restaurant where my dad would again, for no reason I could understand, order spaghetti and meatballs. The many “looks” I witnessed after dad’s first forkful of pasta, at numerous restaurants, would always be followed by him saying something like, “The sauce is raw!” or “There’s garlic in the sauce!” or “This sauce is right out of a can!” Then he would leave the rest of his spaghetti, sit back and cross his arms over his chest.

Did it embarrass me? Yes! Only my mom had the courage to say, “Al, why do you always order spaghetti when you know you won’t eat it?” The “look,” the sitting back and the crossed arms became dad’s non-verbal, culinary signature.

Of course, you’re wondering if my dad left every restaurant meal dying on the plate? No. Only spaghetti and meatballs. But if that combination was on the menu, he ordered it. Go figure!

There was one visit when I was attending college in Fredonia, New York that caught me off guard. We were at Gangi’s, the college hangout, where I often enjoyed linguini with an olive oil and garlic sauce (aglio e olio). Dad also ordered it and the “look” made a surprise return visit after one forkful. “He doesn’t use good olive oil!” my dad remarked. But he ate the whole thing!

So far you have learned that Alphonse, my dad, didn’t like garlic in pasta sauce; rejected any sauce that he deemed undercooked; and Heaven forbid if it tasted like it came out of a jar from the grocery store.

We laughed about it many times, for many years. After I grew up enough to realize my dad’s “look” was really his way of honoring his wife – my mom – by making it clear that there was never a pasta meal that could compete with his wife’s. And, although she would never admit it, she knew it was my dad’s way of saying, “I love you.”

To this day, I put everything in my Sunday sauce that mom did. I simmer it for hours, like she did. I even use the same brand products that she used.

I’m told my Sunday sauce and meatballs are very good, and I make them in mom’s memory. Yet, I’m pleased and proud and honest to admit they will never be as good.

Gene Gallelli was associate superintendent of the Dare County Schools for eight years. He received his doctor of education degree from East Carolina University, where he taught and supervised students studying to become school administrators.