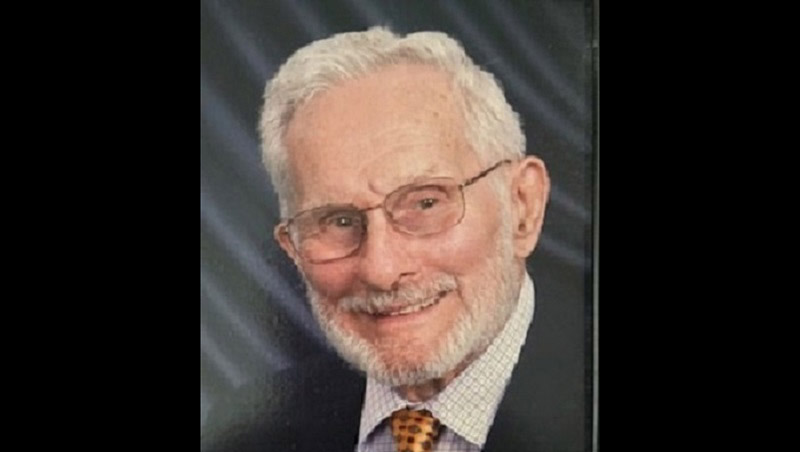 He attended Peoria schools graduating from Woodruff High School in 1938. He studied at Illinois Wesleyan University where he earned his BA degree in 1945. From IWU, he went on to earn a Masters of Divinity degree from Garrett Theological Seminary and was ordained a United Methodist Pastor in 1949. He served 43 years in the Illinois Great Rivers Conference and 14 years at Colington UMC on the Outer Banks of North Carolina.

In 1943 he and Helen J. Hefner were married at Hale Memorial Church in Peoria. Upon retirement in Illinois, the couple moved to Kill Devil Hills, NC in 1985. There he played an active role in Dare County life in the American Cancer Society, the North Dare Ministerial Association, as Chaplain in the KDH Fire Department, and the Democratic Party. For many years Rev. Pitsch was a member of the planning committee for the Dare County Martin Luther King Jr. observance.

A memorial service will be held January 15, 2023, at 2 p.m. at Kitty Hawk United Methodist Church in Kitty Hawk, NC. Memorial donations may be made to Preachers’ Aid Society & Benefit Fund at PO Box 19207 Springfield, Illinois 62794, Outer Banks Community Foundation at 13 Skyline Road, Kitty Hawk, NC 27949, Kitty Hawk United Methodist Church, or the Kill Devil Hills Fire Department. The family wishes to thank the staff of Asbury Health and Rehabilitation Center at Aldersgate and Hospice of Charlotte for their kind care and support.