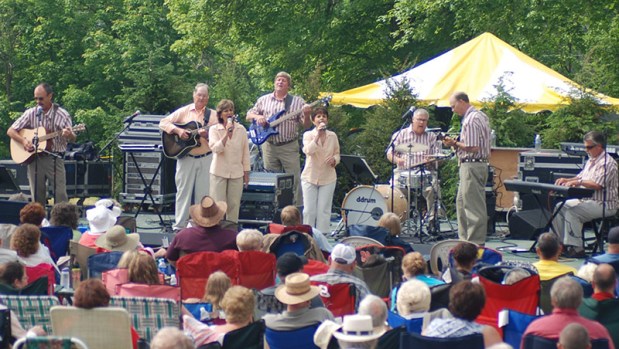 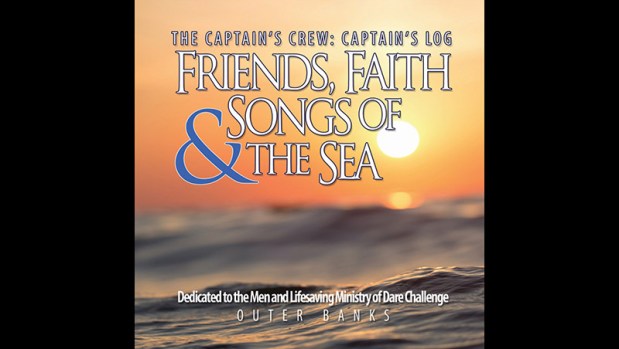 The album cover for The Captain’s Crew’s latest release, “Friends, Faith & Songs of The Sea.”

Twenty-five years after the release of The Captain’s Crew first album, the band is releasing its tenth album entitled “Friends, Faith & Songs of The Sea.”

The 13-song collection has an acoustic/bluegrass flavor with a nautical theme. The album is dedicated to Dare Challenge of the Outer Banks, a faith-based drug and alcohol rehabilitation program.

Members of the band come from various churches throughout the Outer Banks. Additional musicians on the album include Studio Musician of the Year David Johnson on fiddle, dobro and guitar and vocalist Thomas Baum on “Master of the Sea” and “Master of the Wind.”

Eddie and Connie Francis carry the leads on “Love is Free” and “There’s an Anchor in the Boat,” with the late Roy Murray on flute and piccolo. Other top musicians include Bob Furr with a powerful version of “Crossing the Bar,” joined by Skip Saunders with a new take on Kenny Chesney’s “Better Boat.”

Banjo picker Kevin Stroud teams up with Sammy Mariner for “There’s a Man Walking on the Water” that brings you to your feet and Mariner’s acoustic guitar on “Let the Lower Lights be Burning” is reminiscent of the great Jimmy Capps.

Connie Bateman gives another outstanding performance of “The Lighthouse” with a beautiful fiddle and dobro coloring the background. The timeless Will Fields sings “Sailing Toward Home” and “Till the Storm Passes By.”

God’s Glory is seen as the sun goes down over Pamlico Sound when Roy Riddick sings “Beyond the Sunset.” Bill Rea is joined by his daughters Katelyn and Anna Lee for the Jim Kelly-penned tune “Cast Your Net.” The sweet sound of the violin and viola is Sue Waters, while Jack Cahoon Jr. holds down the bass. Ken Mann provides fills on dobro, bass and guitar.

The album can be purchased in Wanchese at Village Hardware and Stetson’s Seashells, and in Manteo at both locations of Charis Coffee Company.