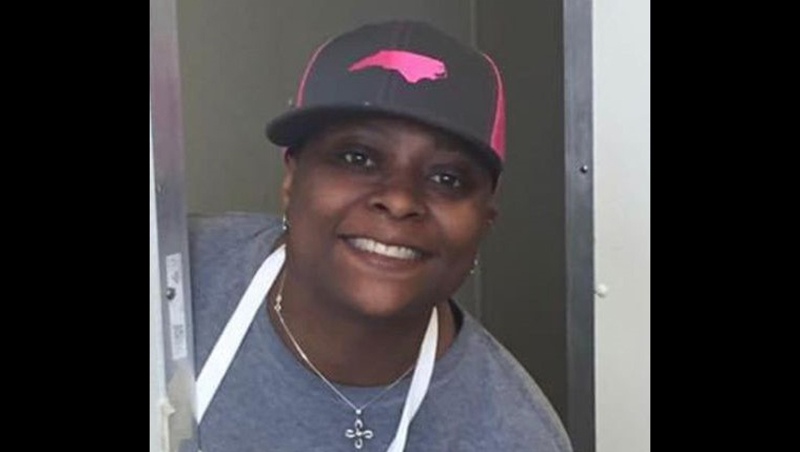 Lovey Elizabeth Selby was born December 15, 1969 to Connie Mae Burton Selby and Milton Jerome Selby. She passed away in Manteo December 22, 2022. Born and raised in Manteo, NC, Lovey attended Dare County Schools and graduated from Manteo High School in 1988. She was affectionately remembered by students and staff as their favorite teacher assistant at Manteo Middle School. Lovey crafted her culinary skills at various restaurants on the beach, before landing at Basnight’s Lone Cedar Restaurant – her home for over 15 years.

Caring about the future and the equality of all people, Lovey did her part by stepping into activism. She joined the Moral Monday Movement led by Rev. William Barber, where she participated in many protests and rallies. Lovey enjoyed coaching, fishing, playing softball, traveling, being a DJ, and being surrounded by family and friends. Lovey was the life of the party. Whenever she was around her smile and laugh was contagious. Lovey made it her mission to bring laughter and joy into any situation. Her kindness and love were felt by everyone she met, and Lovey held no judgement to anyone. The loves of her life were her only daughter, Whitney and her granddaughter, Skyler who she affectionately called “Winkie.”

Lovey was preceded in death by her father, Milton Selby; her mother, Connie Burton Selby; her namesake and aunt, Lovey Burton Moore; her brother, Jerome Selby; and her sister, Trina Ann Selby. Lovey is also reunited with her beloved niece, Takeyia Selby and her great niece, Allura Pledger.

Friends and family may view Monday December 26, 2022 from 4 p.m. to 6 p.m. at Gallop Funeral Chapel in Nags Head. The funeral will be held Tuesday December 27, 2022 at 1 p.m. at Manteo First Assembly Church. Please share condolences and loving remembrances at gallopfuneralservices.com. Gallop Funeral Services, Inc. was entrusted with arrangements.