Rules for commercial and recreational harvest of sharks set for 2023 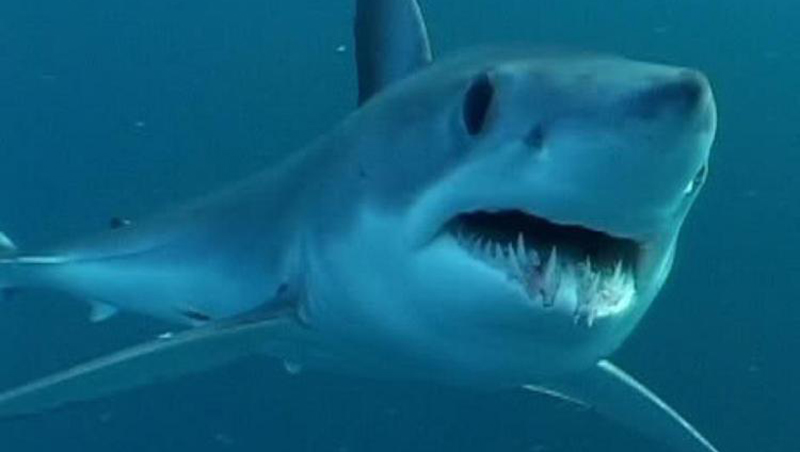 The final federal rule states that quota levels for various shark stocks has been adjusted due to under-harvest in 2022. Under certain conditions, some unharvested quotas can be carried forward to the next fishing year. If established quotas are reached before end of the season, the fishery will be closed by proclamation.

Open seasons in North Carolina waters are the same as open seasons established by NOAA Fisheries for federal waters and followed by the Atlantic States Marine Fisheries Commission in state waters. These open seasons are dependent on adherence to established quotas.

In the North Carolina Proclamation FF 3-23, four shark groups have an open season from Jan. 1 to Dec. 31, 2023, for commercial harvest. The groups are:

Aggregated Large Coastal Sharks, including blacktip, silky, spinner, bull, tiger, lemon, nurse, scalloped hammerhead, great hammerhead, smooth hammerhead and sandbar. Sandbar sharks can only be retained by vessels selected to participate in the shark research fishery, subject to the retention limits established by NOAA Fisheries and only when a NOAA Fisheries-approved observer is onboard.

Additional restrictions: It is unlawful to possess silky, scalloped hammerhead, great hammerhead, smooth hammerhead and/or oceanic whitetip sharks from a vessel with pelagic longline gear onboard or on vessels issued both a HMS charter/headboat permit and a commercial shark permit when tuna, swordfish or billfish are on board the vessel or being offloaded from the vessel.

It is unlawful for a vessel to retain sandbar sharks unless the vessel is selected to participate in the shark research fishery, subject to retention limits established by NOAA Fisheries and only when a NOAA Fisheries-approved observer is onboard.

It is unlawful to possess shortfin mako sharks for commercial purposes.

It is unlawful to use gears other than rod and reel, handlines, large and small mesh gill nets, shortlines, pound nets/fish traps and trawl nets.

For purposes of North Carolina proclamation FF 3-23, shortlines shall only be used in state waters to capture sharks if a shortline does not exceed 500 yards in length nor have more than 50 hooks. Hooks attached to a shortline shall not be corrosion resistant and must be designated by the manufacturer as circle hooks. A vessel shall be limited to a maximum of two shortlines.

It is unlawful to sell sharks to anyone who is not a federally permitted shark dealer.

It is unlawful to take sharks by using more than 2,734 yards of large mesh gill net (stretched mesh size greater than or equal to 5 inches).

Pelagic Sharks: blue, porbeagle and thresher. Ocean whitetip can be recreationally harvested when not possessing tunas, billfish or swordfish.

Atlantic sharpnose and bonnethead: no size restriction; one per person of each species

Hammerheads: 78 inches fork length; one per vessel or one per person for shore anglers

Possession of silky sharks and sandbar illegal for recreational purposes.

Spiny dogfish are exempt from harvest and size restrictions.

Recreational Vessel-Fishing Possession Limits: It is unlawful for each angler fishing from a vessel to possess more than one (1) Atlantic sharpnose and one (1) bonnethead per person per calendar day. It is unlawful to possess more than one (1) additional shark from the recreationally permitted species list aboard a vessel, per calendar day, regardless of the number of people on board the vessel.

Under the North Carolina proclamation, “it is unlawful to fish for or possess sharks (except spiny dogfish) from Coastal Waters for recreational purposes using hook and line gear with natural bait unless using a non-stainless steel, non-offset circle hook, regardless of tackle or lure configuration. Natural bait is defined as any living or dead organism (animal or plant) or parts thereof. Non-offset circle hook is defined as a hook with the point pointed perpendicularly back towards the shank and the point and barb are in the same plane as the shank.”

Additionally, it is unlawful for recreational fishermen to possess any shark without head, tail and fins intact with the carcass through the point of landing. Anglers may still gut and bleed the carcass provided the tail is not removed. Filleting any shark is prohibited, until that shark is offloaded at the dock or on shore.

It is unlawful to fail to return all sharks to the water in a manner that ensures the highest likelihood of survival, except when sharks will be legally possessed.

It is unlawful for recreational fishermen to catch sharks by any gear other than rod and reel or handlines. Handlines are defined as a mainline with no more than two gangions or hooks attached that are retrieved by hand only.

It is unlawful to possess shortfin mako sharks for recreational purposes.