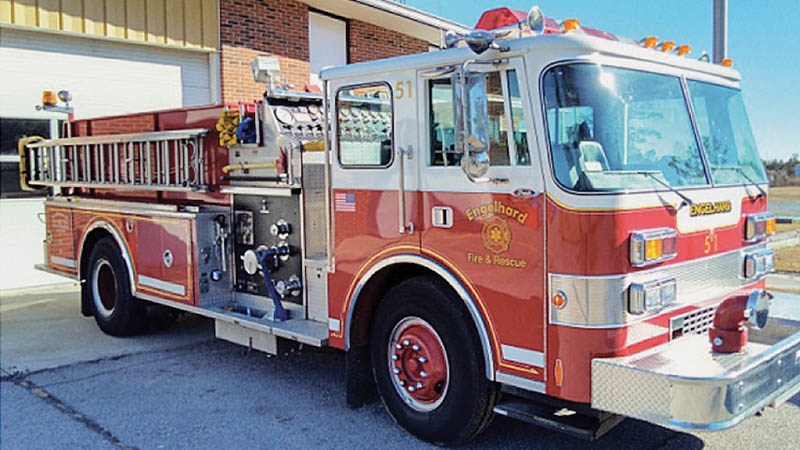 ENGELHARD FIRE & RESCUE has added Engine 51 to its inventory. The truck is a 1989 Pierce Dash and was donated by Eaton’s Neck Fire Department of Northport, NY.

Engelhard Fire & Rescue has announced the addition of Engine 51 to their inventory. Engine 51 is a 1989 Pierce Dash, 1250 GPM pumper with a 1000 gallon tank. The engine was donated by Eaton’s Neck Fire Department of Northport, New York. The truck has 23,000 miles and has been well maintained and updated over the years. Eaton’s Neck is one of several dozen volunteer fire departments serving Long Island, NY. On January 9, Jeremy Farrow and Tony Spencer flew to New York and returned with the engine the following day.

The donation was facilitated by the Terry Farrell Firefighter’s Fund. Terry Ferrell, a member of FDNY Rescue 4 died on September 11, 2001 along with the 342 other heroes. He was also the Chief of the Dix Hills Volunteer Fire Department on Long Island. The fund, created in his honor, assists firefighters and families across the nation with financial, educational, medical, and equipment needs. The fund also provided financial support for the travel expenses incurred in obtaining the truck. 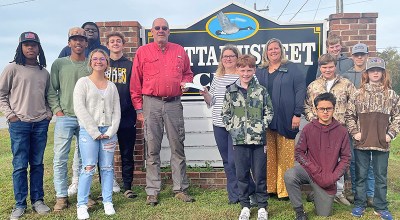 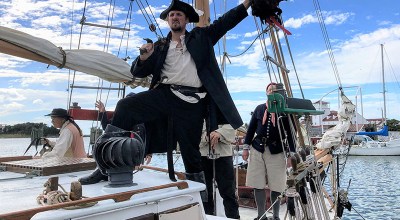