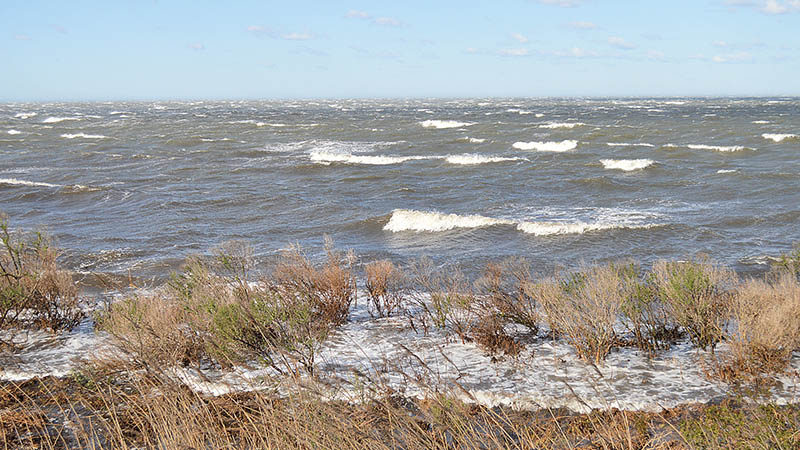 It’s March and it’s coming in like a lion. The wind really roars.

Early Friday morning those warnings came true as west winds piled up sound water against Hatteras Island. The weather service expects the northwest wind to last through Saturday and then switch to North sometime during the night.

The Outer Banks has been caught between two systems, a deep low pressure off the coast and a cold front over the Great Lakes.

The weather pattern leads to this prolonged period of gale force winds.

The National Weather Service is predicting that Hatteras Island will have ocean overwash and significant beach erosion around times of high tide Saturday into early next week due to high seas in excess of 15 feet above normal and astronomical tides.

As the weather service warned NC 12 flooded as winds pushed water up creeks and cuts. Around 9 a.m., Friday, sound water was pouring over NC 12 in Waves and Salvo. The north end of Avon was flooded. Between Salvo and Avon, NC 12 was completely covered with water.

Brave photographers captured flooding in Hatteras village and a surfer in the churned up waters around Kite Point.

On Friday morning, NCDOT canceled ferry service between Hatteras and Ocracoke due to high winds. By 2 p.m., six of seven NCDOT ferry routes were shut down due to “extreme weather.”

And, Peter Pan Jr.: A Musical scheduled for this weekend was moved to Tuesday and Thursday, March 6 and 8, at 7 p.m. in the Cape Hatteras Secondary School’s Auditorium.