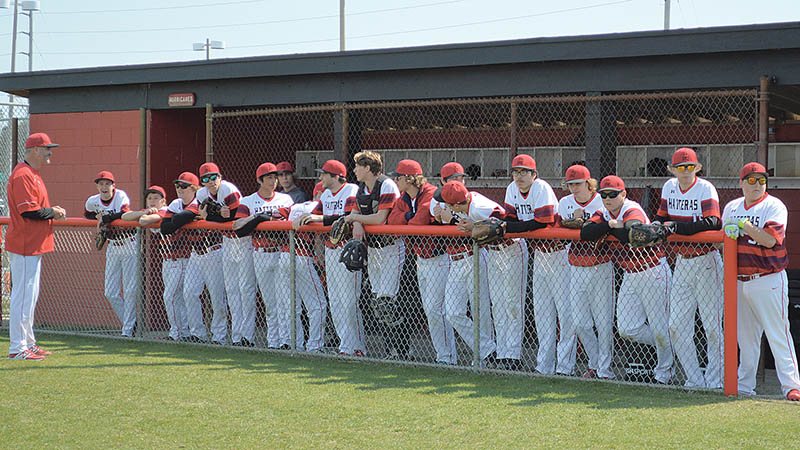 Last weekend in Buxton, cancer was knocked out of the park at the annual Sandlot Tournament hosted by Cape Hatteras Secondary.

In a moving ceremony between Saturday games, young baseball players lined the base paths to third and first bases holding remembrance cards for people who are fighting cancer or lost the battle. At the end of the ceremony, cards were raised high along the baselines and in the stands.

The Hatteras Island Cancer Foundation board members were present, collecting funds for a 50-50 raffle and selling cookbooks.

The tournament is dedicated to the memory of Coach John Jacobs of Cleveland High School, one of the teams participating in the tournament.

For this upcoming Saturday, Cleveland invited Cape Hatteras and West Johnston to Clayton to play baseball. The Cleveland Rams baseball team will be selling barbecue chicken dinners at $8 to fund scholarships in honor of Coach Jacobs.

On the baseball diamond, Currituck County emerged as the dominant team in the 2018 edition of Sandlot Tournament. The Currituck Knights defeated Cape Hatteras 13-2 in the first game on Saturday and Cleveland 12-1 in the second game.

Fans at the Friday game bundled up. It was really cold. Team fans bundled up. Saturday’s weather was clear, sunny but just a little chilly.

The Cape Hatteras Hurricane Booster Club was thanked for the breakfast served Saturday morning to all teams. Some 13 businesses sponsored the tournament. A silent auction contributed funds to cover tournament costs.