The March meeting of the Tyrrell County Genealogical and Historical Society will be held at 2:30 p.m. on Sunday, March 25. The meeting will be held at the Senior Citizens Center in Columbia.  The speaker will be Tamara Zwinak, who will give a presentation entitled “The Twists, Turns and Mythology of Family History Research.” 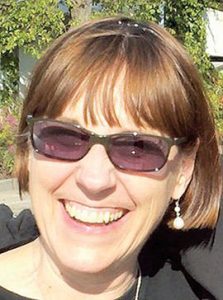 Join Zwinak as she unravels the myths and lore surrounding key figures in her family. Expect to be entertained as you take a journey with her from the times of Queen Elizabeth I to pre-revolutionary America and into the 20th Century where it all began for her.

Zwinak was born in Illinois, and she moved with her family to California as a child. She is a graduate of Torrance High School and California State University-Fullerton, with honors. After graduating with a B.A. in Sociology she moved to Hawaii, where she married Patrick Joseph Moore and gave birth to her only child, Paul Joseph Moore-Zwinak. While in Hawaii, Zwinak enrolled in the graduate program in Sociology at the University of Hawaii. Concentrating on motherhood, she withdrew from this program and later received an M.S.W. from the University of Hawaii-Manoa, graduating with honors. Zwinak worked as a social worker in New York City and later in Los Angeles, California. She retired from the State of California, moving to North Carolina in 2017. While living in New York she ran for a county legislative position. She is currently a candidate in North Carolina for the House of Representatives, District 11.

The Tyrrell County Genealogical and Historical Society meets on the fourth Sunday of each month, January through October, at 2:30 p.m., at the Senior Citizens Center in Columbia. The meetings are free to the public.