RALEIGH – The public is in a surly mood. According to a January poll by Gallup, only 38 percent of Americans said they were satisfied with how well “the U.S. system of government works.” That’s down from 68 percent saying they were satisfied at the start of the 21st century, and 53 percent as recently as 2008.

Democrats are, not surprisingly, much more likely than Republicans to express dissatisfaction. They are the minority party in Washington and in a large majority of state governments at the present time. But even GOP-leaning voters are currently divided on the question, whereas during the presidency of George W. Bush the share of satisfied Republicans usually stayed between 70 percent and 80 percent.

There are many plausible explanations. The severity of the Great Recession and disaffection with overseas military interventions have damaged public confidence in national leaders. The lengthy but relatively lackluster economic recovery from the recession has conferred too few pay raises on too few workers. Families worry about the rising cost of health care and higher education. Controversial shootings and controversial policy disputes threaten social cohesion.

These may all be part of the story. But I think there is another important factor at work here: we lack effective political leaders.

But success at politics is not necessarily success at leadership. In Washington, both Republicans and Democrats are complicit in massive irresponsibility. Faced with seemingly perpetual budgetary imbalances, they are managing to deliver only deficits of fiscal honesty and surpluses of partisan idiocy, broadcast incessantly on cable news channels and shared endlessly on social media.

Effective leadership means something other than winning elections or transacting legislative business. It means rebuilding public confidence and restoring a public discourse that elevates rather than demeans.

We need effective political leadership not because voters agree but precisely because we so often disagree. North Carolina, for instance, is an increasingly diverse place. It contains all sorts of people. I have my opinions about political issues, and you have yours. By all means, we should energetically present our respective cases. But we don’t have to shout them. And we can listen as least as much as we talk.

Think about the last time you used kitchen tongs or a pair of pliers. Notice how you need to use both sides to get a firm grasp on something? Self-government works the same way. We should be able to understand the views of others, and credit them with useful insights or good intentions, even if we don’t share their conclusions.

Our leaders could be modeling such constructive engagement. Most aren’t. They ought to. It would demonstrate courage and confidence, not insecurity or timidity. And it would probably make a big difference.

You see, another problem with the “bow to the collective will” argument is that, on many matters of both style and substance, public opinion isn’t always fixed. In his 2012 book Follow The Leader, political scientist Gabriel Lenz offers lots of evidence for the proposition that “voters first decide they like a politician for other reasons, then adopt his or her policy views.”

Sometimes called a “conformity effect,” this helps to explain why Republicans have recently become more hostile to free trade, and Democrats more supportive. They are just following cues from their party leaders.

Let’s put the conformity effect to work for a more responsible, mature, and civil form of politics. If political leaders set a better example, voters will follow — and feel better for it.

John Hood (@JohnHoodNC) is chairman of the John Locke Foundation and appears on “NC SPIN,” broadcast statewide Fridays at 7:30p and Sundays at 12:30p on UNC-TV. 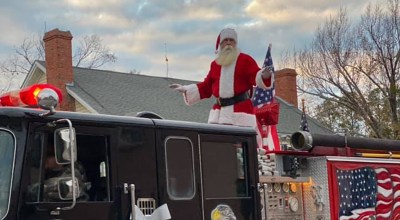