KILL DEVIL HILLS, NC – Nicholas Vrohidis, 75, of Kill Devil Hills, died Wednesday, March 21, 2018, at his home. Born in Athens, Greece, he was the son of the late Lefki and Anastasios Vrohidis. 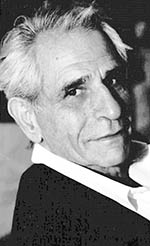 Before moving to the United States, Nick served in the Greek military. He spent years as a restauranteur in New York before settling in North Carolina where he worked as a craftsman and enjoyed fishing and spending time with his family.

With his captivating smile, Nick was loved by everyone who met him.

Along with his parents, Nick was preceded in death by a brother, Babis Vrohidis.

In lieu of flowers, memorial donations may be made to American Cancer Society, PO Box 22478, Oklahoma City, OK 73123, online at www.cancer.org.

Twiford Funeral Home, Manteo is assisting the family with arrangements. Condolences may be expressed at www.Twiford FH.com.