MARIETTA, Ga.– After conducting a nationwide search, WellStar Health System has announced Engelhard, NC. native Mary Chatman as WellStar Senior Vice President and President of WellStar Kennestone Hospital, effective immediately. Prior to this role, Chatman served as the hospital’s Chief Operations Officer for the past year and as Interim President since November. She was born and raised in Engelhard, NC. 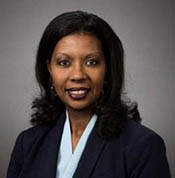 “Mary has demonstrated her impact on the hospital over the past three months, leading several important initiatives, most notably the groundbreaking of WellStar Kennestone Hospital’s new state-of-the-art Emergency Department,” said Carrie Owen Plietz, executive vice president & chief operations officer, Hospitals Division. “She has gained the loyalty and trust of WellStar Kennestone team members, medical staff and colleagues across the System. During her time as interim president, it became clear she would be the ideal candidate to lead the incredible team at WellStar Kennestone.”

Chatman, who holds both doctorate and master’s degrees in nursing from East Carolina University, was named WellStar’s chief operating officer in March of 2017. During her 30-plus years in healthcare, she has served as chief operations officer (COO), interim chief information system officer and chief nursing officer (CNO) at Memorial Health University Medical Center in Savannah, Georgia, and CNO, vice president of medicine and behavioral health service and vice-president of specialty services at Pitt County Memorial Hospital in Greenville, North Carolina.

WellStar Kennestone Hospital is known as a regional destination for world-class healthcare. The 633-bed facility – and anchor of WellStar Kennestone Regional Medical Center – offers patients a comprehensive cardiovascular program, advanced neurosurgical and interventional radiology, along with the most advanced cancer treatment modalities. Additionally, the hospital houses the only Level II Trauma Center in northwest Atlanta and ranks among U.S. News & World Report’s top hospitals in the state.

“The opportunity to lead WellStar Kennestone is a tremendous privilege,” said Chatman. “Our hospital has a rich tradition of delivering quality and compassionate care. Our management team is experienced, our caregivers and physicians are skilled and our affiliation with WellStar brings unprecedented access to world-class care directly to our community. These factors give me confidence that our future is bright and our continued success will benefit families who rely on us for hope and healing.”

In addition to her professional accomplishments, Chatman is a member of several state and national healthcare and nursing organizations, including the American College of Healthcare Executives, American Nurses Association, and has served on the Georgia State Board of Nursing.