A Charleston, South Carolina man suspected in the 2012 disappearance of his wife was arrested Tuesday morning in Dare County and will be charged with murder once he’s extradited, authorities said. 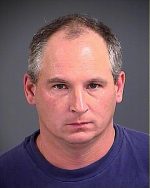 Shortly after 7 a.m., Robert “Bob” McCaffrey was taken into custody on a fugitive warrant related to the disappearance of his wife, Marjorie “Gayle” McCaffrey, the Charleston County Sheriff’s Office said in a news release. He was held Tuesday night at the Dare County Detention Center. Authorities did not say where in Dare County the arrest took place.

“Charleston County sheriff’s detectives were present for his arrest and are awaiting McCaffrey’s extradition to South Carolina to charge him with murder,” the release said.

Robert McCaffrey reported his wife missing from their home on Limestone Boulevard in Charleston on March 18, 2012, the release said.

Detectives became suspicious of the circumstances surrounding Gayle’s disappearance, and conducted numerous searches over the years, including “the assistance of local, state and federal law enforcement, as well as family, friends and coworkers of Gayle McCaffrey.” Gayle McCaffrey has not been found.

On June 21, 2014, Robert McCaffrey was charged with obstruction of justice based on inconsistencies in a statement he provided to detectives during the investigation, the news release said. Authorities didn’t comment on the results of that case, or how McCaffrey ended up in North Carolina.

A press conference is scheduled for 1 p.m. Wednesday in Charleston.