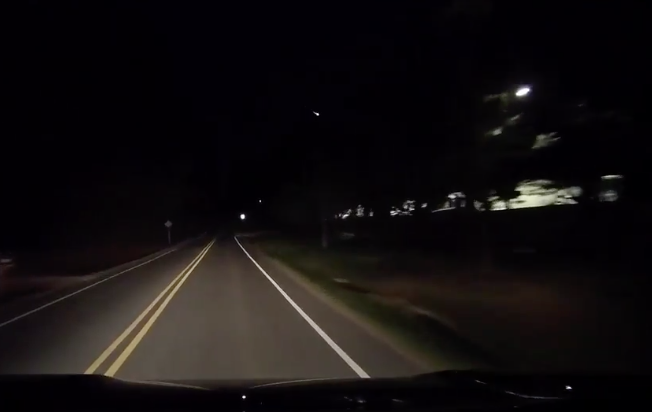 Did you see a fireball Wednesday night? You weren’t alone.

A bright meteor was spotted across North Carolina between 10:15 and 10:30 p.m., prompting dozens of reports to the American Meteor Society.

A Raleigh resident reported the meteor as blue and green, and wrote “the color and the clear sharp lines were amazing.”

Another report from Winterville described a bright flash before the meteor broke apart into fragments.

A spotter in Wilson said the meteor was green and white and split into two pieces in the sky.

Dashcam caught a bright green meteor in the sky near Hillsborough, NC tonight. Came in low. Shame this doesn't do it justice /cc @AstroKatie pic.twitter.com/EDzdQqTuQO

The society says fireballs are actually very bright meteors, about as bright as Venus in the morning and evening skies.

About 10 to 15 meteorites fall to Earth each day, but sightings are rare since streaking fireballs often fall over the ocean, or during daylight hours when they can’t be seen, according to NASA.