The Chicamacomico Life Saving Station and Museum opens for the 2018 season Monday, April 2 and on April 5, a book launching and beach apparatus drill make Thursday special..

Chicamacomico is one of the most complete sites of all remaining U.S. Life Saving Stations in the nation.

On Thursday, April 5, from Noon to 2 p.m., Dixie Browning will be on hand to launch and sign her book “The Warfield Bride,” a historical novel set at an Outer Banks Life-Saving Station in the late 1800’s. This is the second of five Browning novels to be reissued in the Cape Hatteras Chronicles series. At 2 p.m., the re-enactment drill team will perform the beach apparatus drill. The drill team is made up of local men, some of whom are sons of earlier re-enactment drill team members, much the way the Life Saving Service was made up of generations of local men.

The front cover of “The Warfield Bride” is a photograph of a Chicamacomico drill team by noted artist Michael Halminiski. Former drill team members have been invited to this 2018 opening drill of the season.

At 5 p.m., a chicken barbecue dinner will be offered at the Rodanthe-Waves-Salvo Community Building across NC 12 from Chicamacomico Life Saving Station.

This year, 2018, is the centennial of the Mirlo rescue.

Dare County Board of Commissioners proclaimed Aug. 16, 2018 as Mirlo Commemoration Day and Aug. 13 through 17 Mirlo Commemoration Week in recognition of the daring rescue that occurred in August 1918 when Captain John Allen Midgett and his crew rescued 42 seamen aboard the British Tanker Mirlo after it was torpedoed by a German U-Boat. 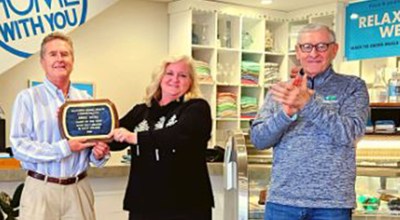 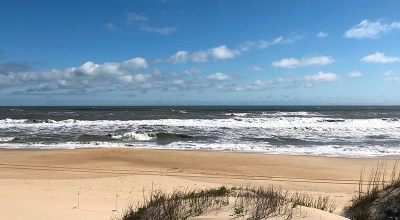