Notwithstanding the dis-array in the White House, the wave of publicity about the alleged Stormy Daniels matter, the revelations from the relentless investigation of his campaign’s connection to Russia, the unceremonious sacking of key officials, CNN reported last week that Trump’s approval rating is up to 42 percent, up from 37 percent in February.

First of all, a word about the new book, Yunte Huang’s “Inseparable: The Original Siamese Twins and Their Rendezvous with American History.” Huang is a professor at the University of California at Santa Barbara and the author of an earlier popular book about a fictional Asian American, “Charlie Chan: The Untold Story of the Honorable Detective and His Rendezvous with American History.”

Regular readers of this column know of my interest in Chang and Eng Bunker, the conjoined brothers, born in Siam (now Thailand) in 1811, who were brought to the United States in 1829 and became world famous. They lived in North Carolina from 1839, when they acquired farmland in Wilkes and then Surry counties, until their deaths in 1874. Marrying sisters, they produced a total of 21 children.

Some may ask why we need a new book about Chang and Eng, one coming so soon after Joseph Andrew Orser’s 2014 book, “The Lives of Chang and Eng: Siam’s Twins in Nineteenth-Century America.”

One reason is the author’s personal background. Like Chang and Eng, he grew up in Asia. After college at Peking University, he came to the U.S. and worked in the restaurant business in Alabama before completing his graduate education in this country.

As a native of Asia living in the American South, he experienced some of the same challenges that confronted Chang and Eng more than 150 years earlier. He sees the twins as fellow immigrants. Writing last week in The Wall Street Journal, he brought Trump into the mix.

“On his recent visit to California, President Donald Trump likened people who climb over barriers on the U.S.-Mexico border to ‘professional mountain climbers.’ The metaphor was another instance of his ugly rhetoric against immigrants, but it contains, ironically, a grain of truth.

“Throughout American history, almost all im-migrants, legal or illegal, have indeed had mountains to climb. Mr. Trump would only need to look back at his own family’s immigration history to know the difficulties facing new arrivals. But few newcomers to the U.S. have crossed more daunt-ing barriers than Chang and Eng Bunker, the original ‘Siamese Twins.’”

But Huang’s more power-ful aid in understanding Trump’s steady appeal to so many Americans was probably accidental. It came in a section describing the acrimonious relations be-tween the twins and P.T. Barnum, the clever exhibitor of rare spectacles and weirder attractions who took advantage of Chang and Eng and the public. Huang asserts that Barnum understood that the American nature was to submit to clever humbug, even when it flaunted the facts.

Huang compares Barnum to a “trickster” who is an engaging confidence man and a colorful figure ubiquitous in literature and film. He dupes others and often dupes himself as well. The trickster does not know either good or evil. He is more amoral rather than immoral. He is a simple confidence man.

Huang argues that in Barnum’s time, “democracy also became a game of confidence, in the double sense of the word: political representatives gain the trust of the common men and pull a con on them.”

“In nineteenth-century America,” Huang continues, “no one did it better than P. T. Barnum in turning confidence into entertain-ment; no one was a better trickster than the Prince of Humbugs.”

But Trump’s strong ratings might show that he does it even better than Barnum. 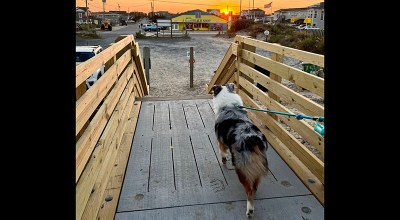