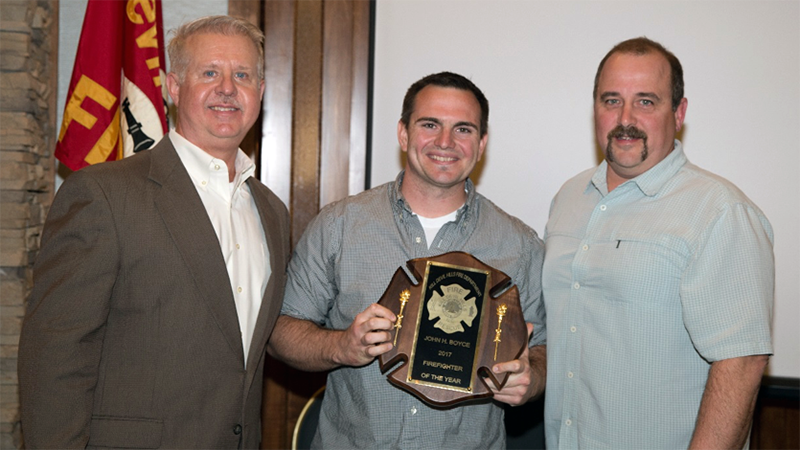 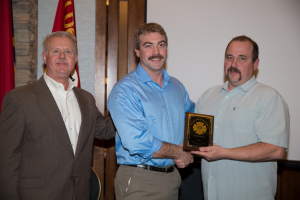 The department recognized a group of firefighters for the Group Unit Action Award, which is awarded to a group or entire crew when assigned duties are performed in a valorous or meritorious action that is deemed above and beyond the normal course of duty.

“On Sept. 3, 2017, we were challenged with Tropical Storm Hermine, on top of the impending storm, it was Labor Day weekend. The department responded admirably to a record 38 emergency responses during a 24-hour period. Most of these 38 responses occurred on Saturday, between the hours of 10 a.m.-2 p.m. and we know how busy our area gets around this time frame. We were responding to all types of emergencies, all over town. All of this was accomplished without any injury to staff or significant damage to department equipment. Thank you to each of the following members for a true depiction of dedicated service:” 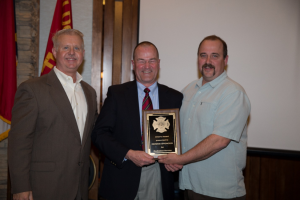 Length of Service Awards were presented to the following:

Additional awards presented were for the most training hours, most fire calls, Rookie of the Year, Chief’s Award and Firefighter of the Year.  Those receiving such awards are:

Chief’s Award: Sgt. Dennis Spencer for his dedication to the department