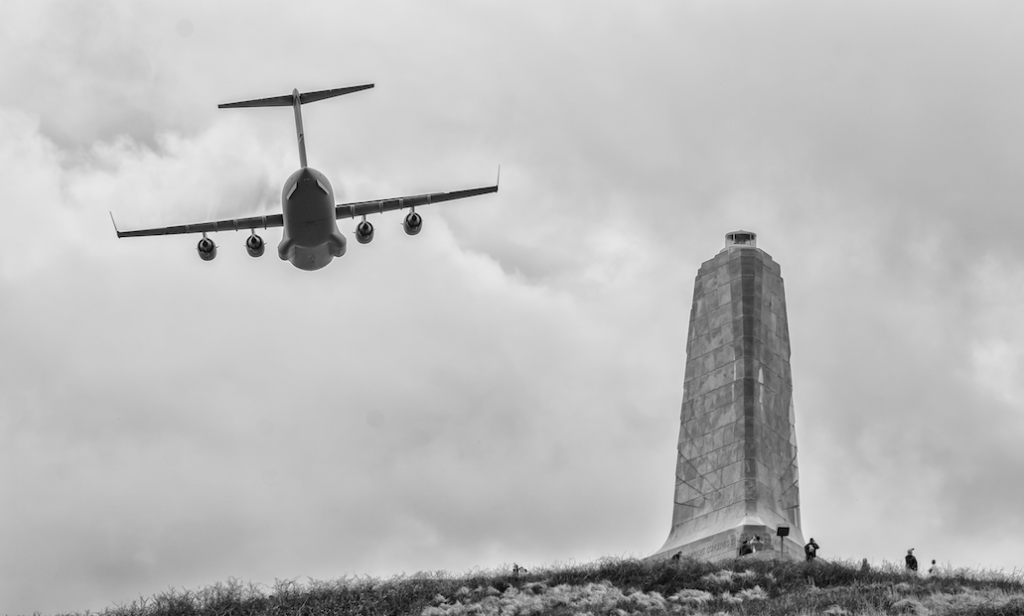 The buzz-by was a nod to the Wright brother’s first flight in December 1903, which took place on the Outer Banks and was often referred to as the “epic flight.” The guard’s 145th Airlift Wing has adopted ‘EPIC’ as its call sign. 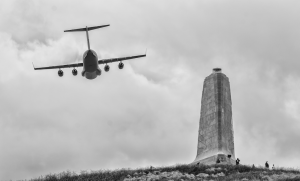