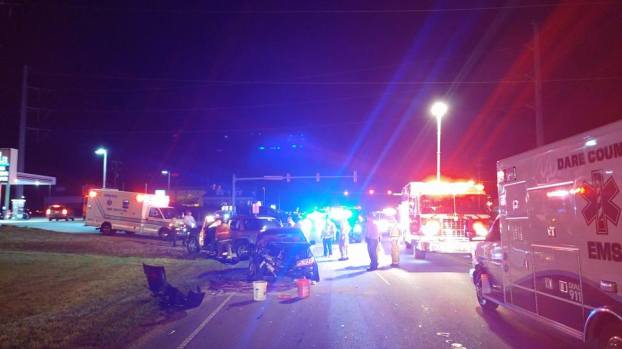 Several people were injured, at least one of them seriously, in a Friday night collision at Kitty Hawk Road and US 158.

One person was flown by Dare Medflight to a trauma center and “multiple” others were taken by ambulance to nearby medical centers, according to a Facebook post from the Kitty Hawk Fire Department.

The wreck occurred about 9:30 p.m. and was reported to be head-on. Details on what happened and if anyone was charged were not available Saturday afternoon.