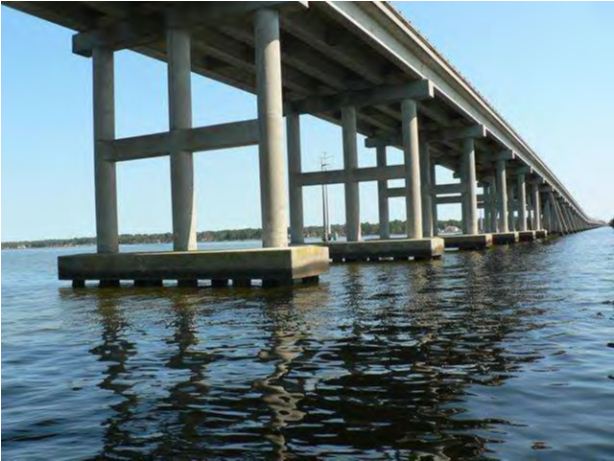 Just in time for summer’s influx, the eastbound lanes of the Wright Memorial Bridge are scheduled to reopen Monday, May 14.

The two lanes heading into Kitty Hawk closed in October for repair and refurbishment work, a $21 million project funded by a state initiative to improve conditions and the lifespans of high-value bridges across North Carolina.

Work on the three-mile span at the Currituck/Dare county line required drivers to share the two westbound lanes, leading to a few traffic jams here and there. But the winter shutdown is fast approaching an end.

“Despite rough weather in January and March, the contractor is now in the process of completing the work,” NCDOT division engineer Jerry Jennings said in a news release. “We fully expect to reopen the eastbound lanes by May 14, if not before.”
The bridge over the Albemarle sound, originally built in 1966 and updated to four lanes in 1995, carries about 30,000 vehicles per day year-round, and more than 50,00 per day in the summer months.

Two overdoses, one deadly, lead to arrest of suspected…