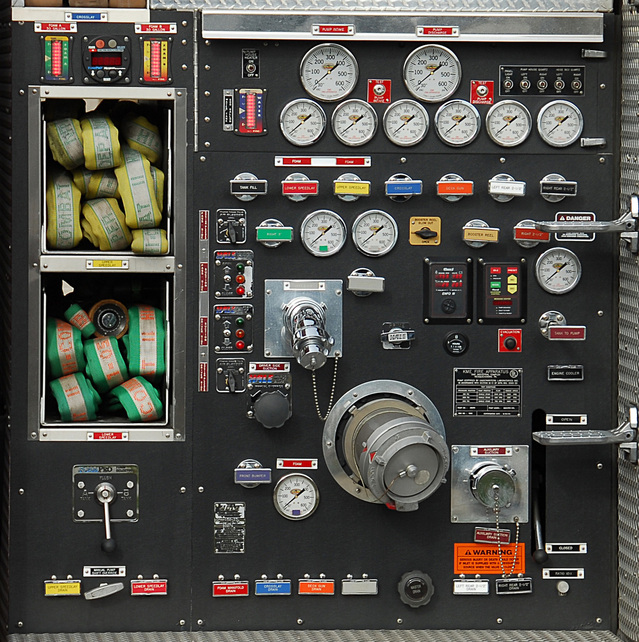 At their first meeting this month, county commissioners put the necessary budget items in place to create a paid fire department for Corolla, Currituck’s first.

For several years, members of the fire department have been talking about the unique issues they face, including a year-round population of only 500 to 700 people, and the average fire department volunteer age of over 65. Fire calls have been on the rise, including in the winter months, and numbered over 400 in 2015.

Last year the department sent letters to more than 4,000 property owners, outlining the issues and the solution a special fire district might bring. More than 1,250 responded, and of that number 1,158 favored creating a district with the understanding that a fire district tax would be used to pay for the service. That tax amount is expected to be around four cents.

Sitting as the county’s tourism development authority, commissioners approved a $485,863 appropriation from occupancy tax to pay for start-up costs and salaries for paid fire services in Corolla from April 15 to the end of the fiscal year on June 30. In addition, a state SAFER grant will provide $155,607, and will also provide funding in year two and three, but at a lower amount.

The 19 current EMS positions will convert to fire positions. The department will have three captains, six lieutenants and 19 firefighters.

During public comment at the start of the commissioners’ regular meeting, Bill Collins, board member of the Corolla Civic Association, questioned the use of occupancy tax to help fund the new Corolla Fire District, suggesting fire service is not tourist-related.

During the TDA meeting held later in the evening, county manager Dan Scanlon said the occupancy tax can lend the fire district the startup funds, but the tax would have to be increased to cover that additional cost, not a scenario that had been discussed before the meeting.

Commissioner Bob White said the meeting was the first he heard about the district making a loan from occupancy tax for the startup costs, and commissioner Mike Payment said he did not favor increasing the tax rate that has already been discussed. Commissioner Paul Beaumont added that all the information to this point from Corolla citizens and property owners, and the Corolla Civic Association, has supported the planned use of the occupancy tax.

Board chairman Bobby Hanig said he believed the startup cost is an allowable use of occupancy tax, as the board approved the budget amendment as presented.

Also during public comment, Collins suggested that the Currituck County Rural Center and Historic Jarvisburg Colored School are not tourist attractions and questioned the use of occupancy tax for those facilities.

Collins added that it has been two months since the civic association requested records regarding the county’s use of occupancy tax but has not received that information as yet.

During the TDA meeting, travel and tourism director Tameron Kugler pointed out that the rural center is quite the destination for the equestrian world, and the facility is booked for every weekend not only for equestrian events but other events as well and is a visitor destination that continues to grow in popularity and use.

As for the Historic Jarvisburg Colored School, Kugler said interest in the school has “blown up” on Facebook, visitation continues to increase, a tour for 200 students is coming up soon, and the historic site is becoming better known throughout the region.

The board commended the job Kugler is doing and approved just under $9,500 for a highway sign for the rural center and $2,200 for grading the parking lot at the Historic Jarvisburg Colored School.

The board also approved $1,400 for sand to create a fall-zone for the new playground at Carova Park.

In other items taken up during the regular meeting, the board approved a request from Miller Homes and Building for rezoning from agriculture to conditional-general business, to locate a bakery/sandwich shop in a building already on 1.3 acres across from the entrance to Eagle Creek, at 155 Survey Road in Moyock.

The rezoning also allows for other uses, including repairs and entertainment, and property owner Sam Miller said that if the bakery/sandwich shop doesn’t work out, he wanted to be able to do something else with the property. Miller explained that a repair business would not be heavy repairs such as automotive, but rather computer or jewelry repair.

An item that had been continued from a prior meeting was approved, a request for a use permit for Fun in the Sun Dune Buggy Rentals to rent open air, street legal dune buggies from a location in Harbinger.

Board members also noted that efforts to control the traffic on the northern beaches may result in ordinance modifications, possibly prohibiting two-wheel drive vehicles on the beach, which could impact the dune buggy business.

County attorney Ike McRee explained that if the beach driving ordinance is modified, the business may have to come back to have the use permit modified as well, but could continue to lease two-wheel drive dune buggies for use other than on the beach.

The board approved an amendment to the Wild Horse Management Agreement that sets the wild horse herd size at 110-130, rather than the original number of 60.

Scanlon said that the others who are party to the agreement, the North Carolina Estuarine Reserve, the U.S. Fish and Wildlife Service and the Corolla Wild Horse Fund, have also agreed to the increase. However, that allowance also comes with the condition that the goal already in the agreement that a carrying capacity study be done of the land to determine the number of horses it can sustain, be highlighted. Fish and Wildlife has long maintained that the horses are not native to the land and interfere with the service’s mission to protect native species.

Commissioner Beaumont also pointed out that in an appendix to the agreement, there is reference to federal legislation that was to be introduced by Congressman Walter Jones in 2015, but is no longer necessary because of the land the county swapped with Fish and Wildlife on the beach.

Scanlon noted that Jones did introduce the legislation, that is still in committee, and agreed that points in that legislation are already addressed in the agreement.

The manager reported that the county just received an upgraded rating from AA to AA+, based on a number of factors including a strong budget and surplus, flexible budget reserves, strong economic framework, debt management, department management, and others.

The higher rating translates to better interest rates when the county borrows money, which saves tax dollars. Beaumont added that the last time the county’s rate was upgraded, renegotiating a loan at that time save $1 million in interest.

Commissioner White commended Corolla Volunteer Fire Department for its improved rating, and that he and commissioner Mike Hall met with representatives from Pine Island about moving forward with the multi-use path across that development’s road frontage. He also welcomed a new business, JX Motorsports located in Coinjock.

Commissioner Hall commended the volunteers at the fire stations and the recent fund raisers by those departments, as Beaumont reported on the commissioners taking part in the meal delivery program through the county’s senior center.

Commissioner Mary Etheridge said she saw the county’s emergency services in action and commended those responders for their professionalism and compassion, adding her thanks to all the county’s first responders.

Commissioner Marion Gilbert also thanked the county’s EMS personnel, and Currituck Kids for the things the non-profit does for local children and for the Easter egg hunt that drew more than 250 children.

Also attending the Easter Egg Hunt, Payment said it was good to see the kids having something to do, and commended the county’s economic development director Larry Lombardi for the new businesses he has recruited to the county and for the support he provides to the small businesses already here.

Chairman Hanig commented on all the work his fellow board members do week after week, and suggested for citizens to extend a thank you to them.

Rev. Ronnie Culley, pastor of Christian Home Baptist Church, gave the invocation at the start of the meeting and led the Pledge of Allegiance that followed.