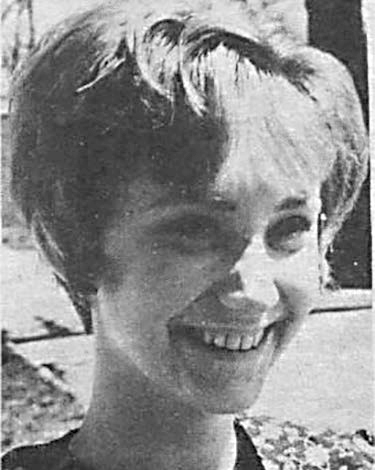 Editor’s note: The SBI has put a specialized cold case investigator on the Brenda Joyce Holland homicide in response to John Railey’s columns on the case, SBI spokeswoman Patty McQuillan told The Coastland Times Friday. The investigator is Tony Cummings, a retired special agent in charge of the coastal district whose work is funded by the state DNA Cold Case Homicide Grant.

On Valentine’s Day 1971, Dr. Linus Edwards, his .22-caliber pistol and a notepad nearby in his Manteo kitchen, placed phone calls requesting that his lawyer, a local doctor and Dare County Sheriff Frank Cahoon come to his home.  Then Edwards, 54, put the gun to the upper left side of his head and pulled the trigger that Sunday. He was all alone but still far from gone.

As he hung on, word of his condition rapidly spread across the desolate Manteo winter-scape, past the town and its windswept marshlands and pine trees bowing in the wind and beyond. People wanted to know if he’d leave any last words. They had talked for years about his affair with a local woman, the drinking that turned him into a madman and his abusive relationships with his first and second wives. But most of all, they talked a about a time back in the summer of 1967 when some said he may have slain a woman. It was a killing that would resonate, a milestone for the death of innocence on the Outer Banks.

Edwards’ stepdaughter, Claudia Fry Sluder Harrington of Manteo, told me last week: “I have no doubt Dr. Edwards was the killer of Brenda Joyce Holland. He was certainly capable of that sort of violence.”

By that Valentine’s Day, Edwards had been a suspect for almost four years, at least in the court of public opinion, in Dare County’s highest-profile homicide case, that of Brenda, the 19-year-old makeup supervisor at The Lost Colony outdoor drama on Roanoke Island. Brenda’s strangled, and, quite possibly, sexually assaulted body had been found in the Albemarle Sound near Mashoes in early July 1967. A longstanding law-enforcement theory goes that, while drunk, the dentist threatened the life of his second wife, Dotty, and she ran away from their home. The dentist later pursued her, the theory goes, mistook Brenda for his wife (the facial resemblance between the two blondes was strong) killed her and cast her body into the sound.

Brenda was a beloved and respected member of The Lost Colony crew, a Campbell College student from the mountains of our state whose killing devasted her late parents and continues to haunt her siblings, Ann Holland Earley, Charles Holland and Kim Holland Thorn. Charles Holland, 63, of Haywood County, told me last week that “something broke inside me” when Brenda was killed. He planned to visit her mountain grave Sunday and “talk to her,” he said, as he has often at other locations, often at night. He was 12 when she was buried on her what should have been her 20th birthday.

Harrington was seven. Her memories of that time, coupled with things her mother told her, haunt her.  Harrington remembers Edwards as an intimidating man obsessed with German culture. The man she knew as “Papa Doc” could have moments of gentleness, as when he once helped her tend to her injured dog, but he was for the most part a brooding, often drunken presence whom she sensed made her mother as tense and uncomfortable as he made her.

Her mother’s marriage to Edwards would last only five years, a period that Dotty Fry would later remember in a newspaper interview as “a very bad time.” There are credible stories of Edwards repeatedly beating Fry, and of Fry being too terrified to report the abuse to law enforcement.

Fry is from a strong family rooted in Manteo for generations. Edwards was an outsider from Durham. He was a study in contrasts, a man Fry once described as “brilliant but very sick.” He resented the father who had sent him away to military school. He’d served his country in the U.S. Army as a dentist. He built a good dental practice in Manteo. But, through his Army years and in his time in Manteo, drinking, domestic troubles and the affair had dogged him. He was a large, powerfully built man with secrets even stronger.

In South Carolina, while he was in the Army, he’d once threatened to kill himself, his first wife told State Bureau of Investigation agents, according to the SBI file on Brenda’s case. Her daughter would later tell an investigator that Edwards once choked her mother and released his chokehold after she, the daughter, threatened him with a mallet. The first wife and Edwards divorced while living in Manteo. Edwards and Dotty were married in 1964. At the time Brenda was slain, Edwards was having the affair, according to the SBI file.

Sheriff Cahoon, working with SBI agents, never took Edwards seriously as a suspect in the case, judging from the file. On Sept. 28, 1967, according to the file, SBI agents gave Edwards a polygraph test at the Ocean House Motel in Kill Devil Hills. Perhaps they administered the test there, several miles up the road from Manteo, to avoid more local talk. The Ocean House was operated and partially owned then by the late Billy Tarkington, a prominent Manteo businessman and friend of Cahoon. (Full disclosure: Tarkington was a close friend of my family, going back to World War II when Tarkington and my father had served together on a Navy ship in the South Pacific. I knew Tarkington, a good man, as “Uncle Billy,” and have childhood memories of him talking about Brenda’s killing in general terms.)

Edwards “did not show deception” on the polygraph test, according to the SBI file, and, based on “discussion,” “Dr. Edwards has been eliminated as a suspect.”

Contrary to popular belief, polygraph testing, then, as now, has advanced little since its inception in the early 20th century and is mainly used as an investigative tool, and an often unreliable one at that.

Judging from my study of the SBI file, my interviews with former deputies and a newspaper interview Cahoon later gave, it appears that he was much more interested in another suspect. Brenda had been dating a fellow Lost Colony worker. On the Friday night she vanished on the first weekend of July 1967, that worker had passed out after taking her back to his Manteo quarters. Brenda left on foot, apparently walking home near the Edwards neighborhood. Neither the late Cahoon nor the SBI could build a credible case against Brenda’s last date, her fellow Lost Colony worker.

Edwards and Dotty Fry divorced in 1969. Edwards stumbled on.

In the days leading up to Valentine’s Day 1971, according to the SBI file, Edwards “had been on a drunk.” His attorney, the late Dwight Wheless, had “on Wednesday, February 10, 1971” “managed to sober Dr. Edwards up, and at Dr. Edwards [sic] request on the 10th, he carried him to the Hospital in Columbia, North Carolina, to dry him out. …On Feb. 14, 1971, Mr. Wheelous [sic] went to Columbia and picked up Dr. Edwards and returned him to his home in Manteo, and arrived in Manteo at approximately 3:00 or 3:30 p.m.”

Between then and 6 p.m., Edwards made the calls requesting that Wheless, Dr. W.W. Harvey Jr. and Sheriff Cahoon come to his home. The daughter of Edwards’ first wife told an investigator that Edwards renewed his drinking during those hours. Wheless got to Edwards’ home first, just before 7 p.m., finding him “shot and lying in the kitchen floor,” according to the SBI file. Wheless called the sheriff’s office “and had an ambulance sent.” Edwards was taken to the Naval Hospital in Portsmouth, Va. He died there two days later. Edwards’ shot, the SBI file states, “knocked him unconscious, but failed to cause death until 5:00 a.m., February 16, 1971.”

His death only renewed the questions about Brenda’s homicide. Had he killed her four years before?

Coming next Sunday: The SBI responds to Edwards’ death and rumors of a suicide note.