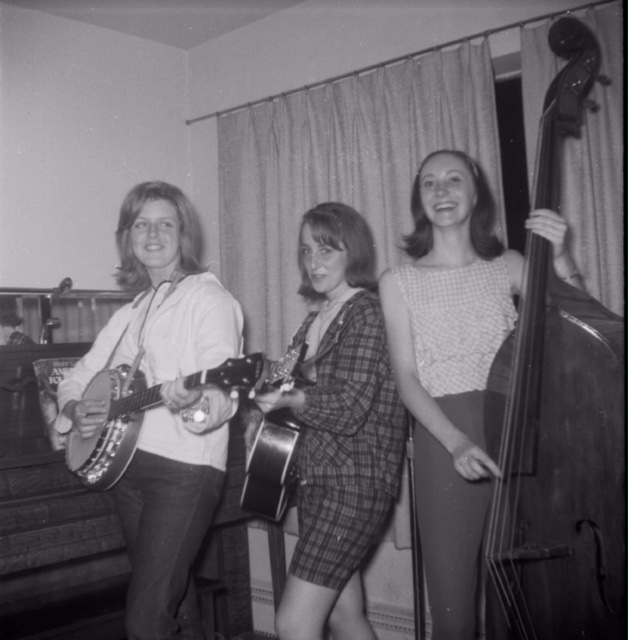 In the dentist’s shadow

As we reported here last Sunday, the State Bureau of Investigation assigned cold-case investigator Tony Cummings to the unsolved homicide of Brenda Joyce Holland in response to our columns. I hope this veteran SBI investigator can finally crack the 1967 case and bring closure to Brenda’s family, whether that leads to one of the several longtime suspects in the case or someone new. The most important thing is that closure.

For now, we’ll continue our look at Dr. Linus Edwards.

Had he left a confession note before shooting himself in the head in his Manteo kitchen on Valentine’s Day 1971?

That was the big question SBI Agent O.L. Wise,  a local native, faced after Edwards, 54, died at the Naval Hospital in Portsmouth, Virginia, two days after he pulled the trigger of his .22 caliber pistol. “[T]he rumors started flowing through the Manteo, Dare County area, spread state-wide, stating that Dr. Linus Edwards” had “left a confession note, which Writer immediately tried to ascertain if this was true or where the rumor started,” Wise wrote in a Feb. 22, 1971 report in the SBI file on Brenda’s homicide.

People had reason to wonder. Dare County Sheriff Frank Cahoon and the SBI agents assigned to the case had interviewed numerous suspects, from local ones to ones far afield. But to many Manteo insiders, Edwards was IT.

He was a muscular native of Durham who stood six feet, two inches tall and weighed in at 195 pounds in his prime, an alcoholic bully who had rained hell on his families with two wives. In these days of the Me Too movement, he would have lasted about an hour before justice caught up with him. As it was, Edwards, who’d been a lieutenant colonel in the U.S. Army, raged on, maybe even until he killed.

By the time he put a bullet in his addled brain that Sunday, Edwards had been a suspect for almost four years in Dare County’s highest- profile murder case, that of Brenda, the beloved 19-year-old makeup supervisor at The Lost Colony outdoor drama on Roanoke Island. Brenda’s strangled, and, quite possibly, sexually assaulted body had been found in the Albemarle Sound near Mashoes in early July 1967.

Edwards had been a dentist in the Army. While in the service, he’d choked his first wife until her daughter got him to stop by threatening him with a mallet, the daughter told the SBI, according to the file. He’d drunkenly talked of killing a girl he named only as “Sheila” in Chicago, although North Carolina investigators apparently never established whom he was talking about, according to the file, much less confirming any killing. He’d talked of suicide. While drinking on the night of Nov. 17, 1960, after an argument concerning disciplining his children, he slit his left wrist with a razor blade in his Columbia, S.C., quarters according to military records in the file.

Edwards, who’d somehow gotten an honorable discharge from the Army in March 1961, seemed untouchable. He came to Manteo soon after, where he was basically the town’s only dentist. His first marriage ended there. He married his second wife, Dotty Fry, in Manteo in 1964.

Edwards repeatedly beat Fry, witnesses told the SBI, once to the point that she had to be hospitalized. Neither Fry nor Edwards’ first wife nor members of her family pressed charges against Edwards. Witnesses indicated to the SBI that Fry, a good woman trying to raise her two small children from her first marriage, was terrified of Edwards.

At the time Brenda was killed, the SBI file and my own interviews indicate, Edwards was having an affair with a local woman that he barely bothered to conceal. But he remained jealous of his second wife.

Brenda looked a lot like Fry, and there is strong circumstantial evidence that, Edwards in a drunken rage, may have mistaken Brenda for Fry, killed her and dumped her body in the sound, where her body was found on Thursday, July 6, 1967.  She was slain in the early morning hours of Saturday, July 1. That may have happened when she was walking to her rented room on what is now Ananias Dare Street, a few blocks from the Burnside Road house of a fellow Lost Colony worker she’d been dating. He’d passed out after their date that night. One of that man’s housemates was one of Fry’s co-workers at Westvaco. She was friends with that co-worker and had visited their house. Edwards was jealous of their friendship, according to the SBI file. The night Brenda was killed, Edwards, who’d been drinking, and his wife had a bad fight. She fled their house on what’s now Puddle Lane in the Mother Vineyard section of Manteo for a close friend’s house. He later pursued her, and may have driven around the Burnside Road house.

That’s not where Fry went. But Edwards didn’t know that. And he could have encountered Brenda walking near the Burnside Road house. Edwards, drunk and in the dark, might well have mistaken Brenda for Fry.

Fry and Edwards divorced in 1969 after five years of marriage.

By February 1971, Edwards was living alone in the house in Mother Vineyard. He went out in a dramatic way that Valentine’s Day, placing calls requesting that his lawyer, Sheriff Cahoon and Dr. W.W. Harvey Jr. come to his house. Edwards had apparently resumed drinking after spending much of the week before sobering up at the Columbia hospital.  The lawyer, the late Dwight Wheless, got there first. He found Edwards on the kitchen floor and called for help. There was a notepad on the kitchen table. Agent Wise wrote that all the pad contained was “some figures.”

Wise wrote that he and Sheriff Cahoon interviewed Wheless. He told them he had been Edwards’ attorney “and he had all his papers and there was no suicide note in any of the papers. That he did not have any idea who might have put the word out that Dr. Edwards had left a suicide note, but this was untrue.”

Wise wrote that he and the sheriff believed that a son-in-law of Edwards from his first marriage had put out the information on the suicide note “due to his dislike of Dr. Edwards.”

The son-in-law had repeatedly told investigators of Edwards’ violent and abusive behavior toward his family, as had other members of that family. It was just one of many threads pointing to Edwards that Cahoon and investigators all but brushed off.

Indeed, in a follow-up report dated Nov. 30, 1971, Supervising Agent C.D. Fentress dismissed those threads. He touched on the mistaken identity theory, noting that “The people brought this up principally because of the resemblance of Mrs. Edwards and Brenda Holland. (Mrs. Edwards is 6 or 7 inches taller than Brenda Holland was.”)

Fentress failed to recognize that strong facial resemblance the blondes shared (Brenda’s hair was naturally brown, but she had dyed it blond and cut it short while at what was then Campbell College.) And the last part in parentheses is just false. Brenda was 5 feet, seven inches tall, and Fry was about 5 feet, 11 inches tall. There was about four inches difference in their height, but there’s a big difference between that and “6 or 7 inches.”

Fentress wrote that he and Agent Wise had looked into the rumors of a confession note “with negative results.” He noted that a polygraph test “concluded that Dr. Edwards did not show deception. During this test, Dr. Edwards was questioned in particular concerning his activities on that particular night.”

Polygraph testing is mainly used as an investigative tool, and an often unreliable one at that.

But Cahoon and the SBI were done with Edwards. “At this time and for sometime Dr. Edwards has been eliminated as a suspect in this case,” Fentress wrote in the November 1971 report.

The investigators, as they had been doing, continued to concentrate on Brenda’s last date.

Coming next Sunday: Brenda’s mother endures too many Mother’s Days without her.