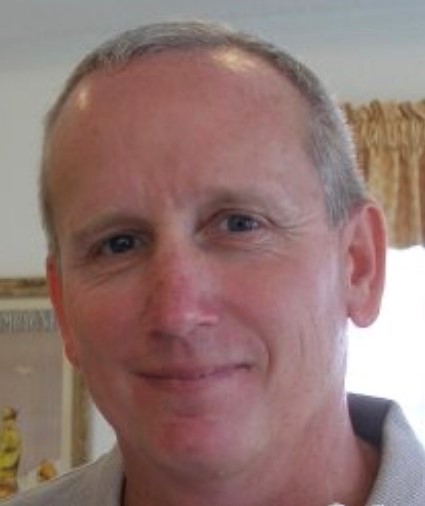 Gelon S. “Trip” Hobbs III passed away on May 7, 2018 in Chapel Hill. Born in Suffolk, Virginia on Aug. 16, 1957, Trip graduated in 1975 from Suffolk High School, where he lettered in football, basketball, and tennis. In 1979, Trip graduated from Hampden-Sydney College with a B.A. in English. There, he was elected captain of the rugby team and received The Garnet Poetry Prize. In 1991, Trip earned a Master’s in Education from Old Dominion University.

From 1979-1997, Trip taught Honors English and coached football, golf, basketball, tennis, lacrosse, and cross country at Nansemond-Suffolk Academy. He also served as Upper School Director of Admissions. Trip established The Spectrum, the school’s first literary magazine. In 1997, the senior class dedicated its yearbook to him, and his colleagues voted him teacher of the year.

Trip loved surfing and fishing at the beach. He always had an ongoing project around the house, and he took pride in fixing anything that needed repair.

The family is grateful to Dr. Paul Armistead and his team of doctors, nurses, and staff at the Bone Marrow Transplant unit at UNC.

A memorial service will be held on June 3, 2018, at 1 p.m. at First Flight High School in Kill Devil Hills.