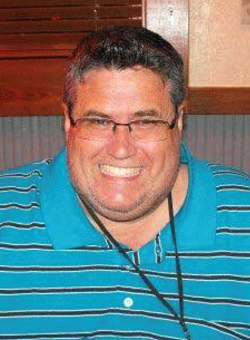 John Mark Quidley, Sr., 54, of Baumtown Road, Wanchese, passed away Sunday, May 13, 2018, after a courageous fight with cancer. Born July 2, 1963, he was the son of the late Harriet Anna Tillett Quidley and Philip Hale Quidley, Sr.

John Mark spent the last 19 years of his life as a C5-C6 quadriplegic due to a roofing accident. However, that didn’t stop him from accomplishing anything he set his mind to. He was a true inspiration to anyone he met. He fought a long, hard fight but is now resting peacefully.

Along with his parents, he was preceded in death by a sister, Delores Jean Quidley; a brother, Philip Hale Quidley, Jr.; and his maternal and paternal grandparents.

The family would like to extend a special thank you to Dare Hospice for the care and support provided to John Mark. As well as Dr. Sanchez and staff. Last but not least, Victoria Weiland, his faithful and longtime care attendant.

The family will receive friends and relatives Thursday evening, May 17, 2018, from 6 p.m. until 8 p.m. at Twiford Colony Chapel. The funeral will be held at 3 p.m. on Friday, May 18, at Wanchese Assembly of God. Burial will follow at the Baum Family Cemetery with a reception following at the Foreman residence, 524 Baumtown Road, Wanchese, NC 27981.