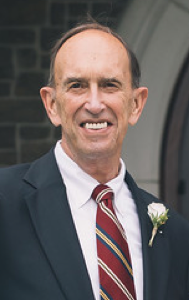 A business trailblazer, a leader in the community, a strong man of faith, and a rock for his family, Paul Lynhart Ford passed in peace on May 11, 2018.

Paul was a hardworking man and an entrepreneur. He began working at the age of 5 shining shoes on the street corner. His successful career included time at Merrill Lynch as well as starting a number of businesses, including Loblolly Pines Shopping Center and Pizzazz Pizza in Duck. Many years ago, Paul had a vision of how Duck and the Outer Banks would grow and with his wife, Helen, and a lot of love and hard work, they helped make it a reality.

Paul was a lifelong community leader; he made an impact everywhere he lived. He was appointed an Ambassador of Good Will for All People in West Virginia by the Secretary of State. He was later named a Kentucky Colonel, an honorary commission given by the state of Kentucky to individuals noted for their public service and their work for the advancement of Kentucky. Paul continued his leadership in Dare County, serving on a number of boards including the Outer Banks Community Foundation where he served as President for two years.

As an active member of Duck United Methodist Church, he shared his faith lovingly, serving and supporting the congregation through the years.

Paul loved his family, especially Helen, his wife of 35 years. He showered her with love, protection, laughter, and so many happy memories. Paul also loved his four children and eleven grandchildren greatly.

Paul lived his life to the fullest, bringing love, laughter and strength to everyone he touched.

A memorial service will be held at Duck United Methodist Church on Friday, June 8, 2018 (time to be announced) with a celebration of life reception to follow at Duck Woods Country Club.

In lieu of flowers, donations may be made to Duck United Methodist Church or the Outer Banks Community Foundation for the general fund or for the Ford Family Fund.