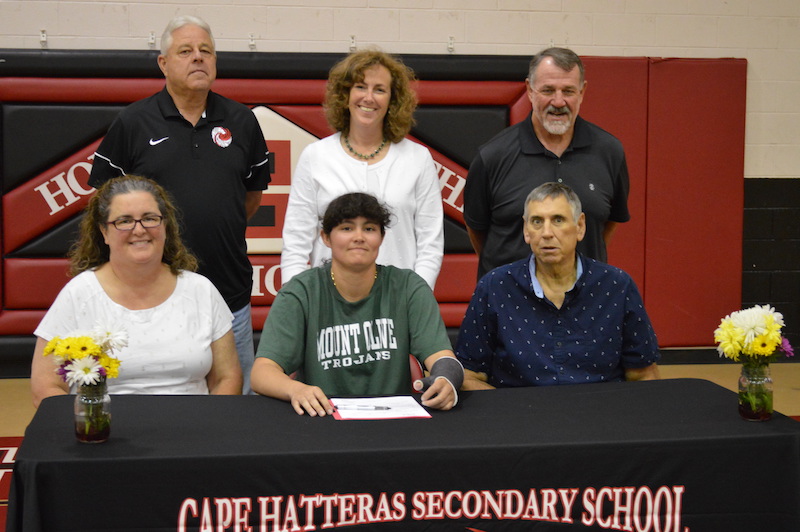 “I definitely would not be here without the help of my family and this school,” she said.

“We’re very proud of you representing Cape Hatteras,” said Tim Spruill, the school’s athletic director. Gray’s signing is the first one for Spruill in his seven years at Cape Hatteras Secondary.

A National Letter of Intent is a binding agreement between one of the 650 Divisions I and II participating institutions and a prospective student-athlete entering a four-year member school for the first time as a full-time student. With the signing, other member institutions must cease recruiting Gray.

University of Mount Olive is a private, liberal arts school founded in 1951. In addition to its home campus in Mt. Olive, the university has seven other North Carolina locations, including Seymour Johnson Air Force Base, New Bern, Wilmington, Research Triangle Park, Washington, Smithfield Johnson Community College and Jacksonville. In the school year 2016-17, the college served 4,307 students, 91 percent from North Carolina.

An unparade is slated for Hatteras village