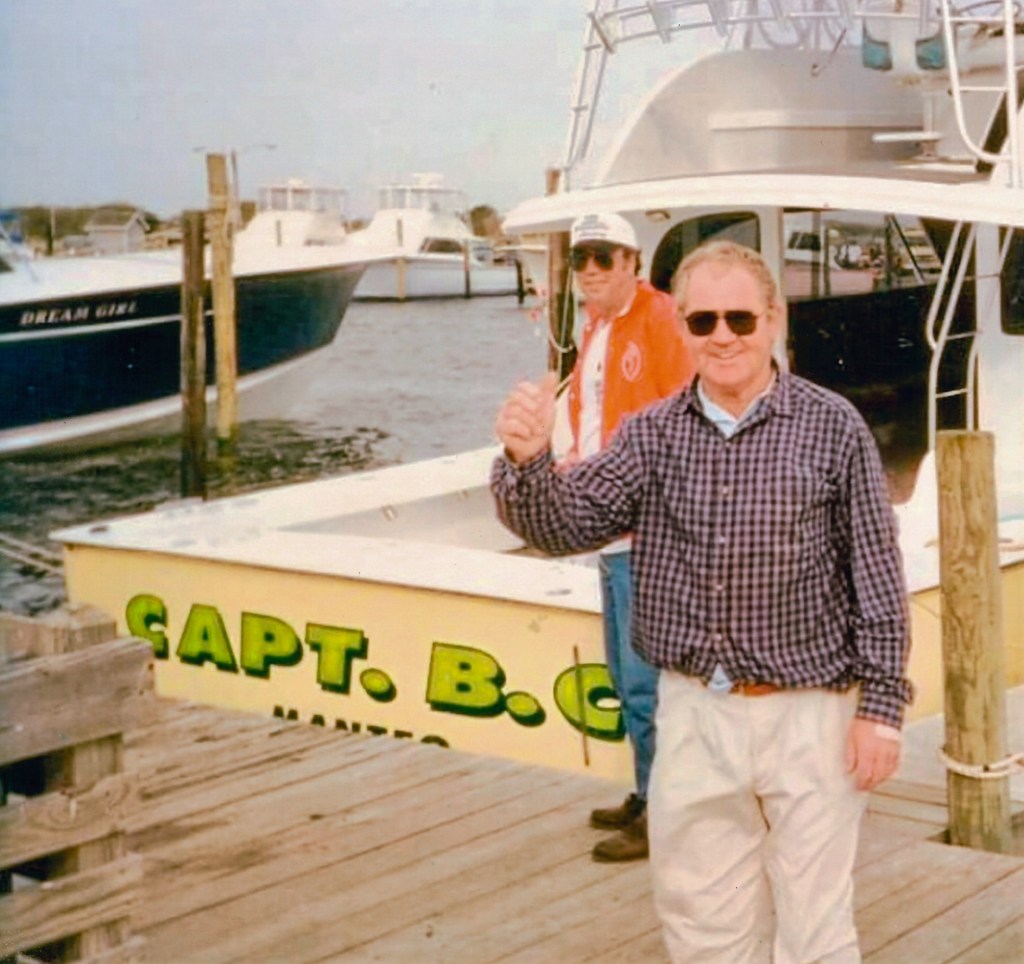 Quite the athlete in many sports with a passion for football, Buddy was a standout college football player at East Carolina.

In 1986, Buddy was awarded the Oregon Inlet Fishing Center’s Captain of the Year. He was also a boat builder, being recognized at his retirement for 56 years of service, the building of 33 charter boats and 118 small boats and being branded the world’s fastest boatbuilder. In recognition for his outstanding contributions and achievements, Captain Buddy was awarded the Lifetime Achievement Award in 2010 presented by the Dare County Boat Builders Foundation. In 2011, he was recognized as the Town of Manteo’s Citizen of the Year.

A true waterman and hunting guide, Captain Buddy has been featured in Marlin Magazine, Saltwater Fishing & Sport Fishing Magazine, Carolina Flair, and Roanoke Island’s Boating Heritage. He was an original stockholder of the Oregon Inlet Fishing Center and always desired that others continue in the rich heritage of Roanoke Island boatbuilding.

Along with his parents, Buddy was preceded in death by his first wife, Maggie Daniels Cannady; his second wife, Emma Croswait Cannady; and a brother, Daniel Lee Cannady, Jr.

A funeral will be held at 6:00 pm on Tuesday, June 5, 2018, at Twiford Colony Chapel with Rev. Kenny Midgett officiating. The family will receive friends and relatives one hour prior to the service.