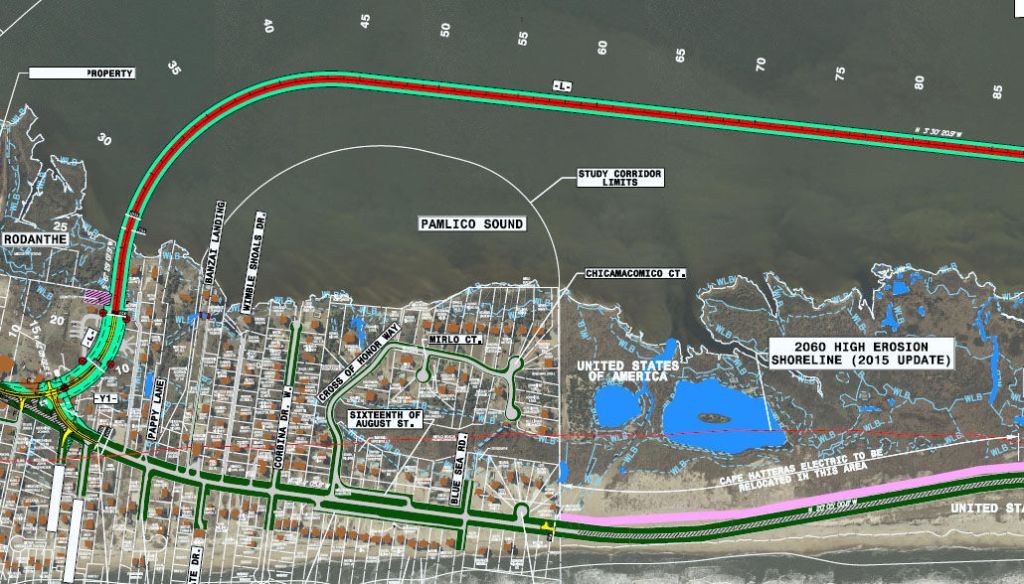 A federal judge has dismissed a challenge by residents and property owners to a proposed bridge over Pamlico Sound in Rodanthe.

U.S. District Court Judge Louise Flanagan for the Eastern District of North Carolina filed a decision in favor of defendants the NC Department of Transportation and the Federal Highway Administration and defendant intervenors. The judge strongly rejected arguments posed by the plaintiffs.

The bridge is planned as a long-term solution to flooding and severe beach erosion along NC 12 south. The bridge will elevate NC 12 and extend from the southern end of the Pea Island National Wildlife Refuge over the Pamlico Sound into Rodanthe.

The plaintiffs, Save Our Sound OBX, Inc. and six property owners in northern Rodanthe filed a lawsuit against the 2.4-mile bridge Feb. 2, 2017. The suit was filed one and a half months after a formal record of decision (ROD) about the Rodanthe bridge was released by the two transportation agencies. The bridge project is also known as 2016 Phase IIb.

Defenders of Wildlife and National Wildlife Refuge Association, represented by Southern Environmental Law Center, intervened in the case on behalf of NCDOT and Federal Highway Administration.

In the civil complaint, the property owners charged NCDOT and federal officials with the following:

In her decision, announced Tuesday, Judge Flanagan stated: “In sum, plaintiffs’ challenges to the 2016 Phase IIb ROD fail. The agencies adequately considered impacts of the construction process, effects on the refuge, and socio-economic effects. Moreover, the agencies did not eliminate beach nourishment options prematurely, nor was the 2016 Phase IIb ROD unlawfully predetermined.”

In a statement, NCDOT said the agency is pleased with the court’s decision.

“It allows us to proceed with a very important project.  N.C. 12 is a critical transportation facility for the Outer Banks and this allows us to get to work.”

On Jan. 12, 2017, NCDOT awarded a design-build contract to Flatiron Constructors of Broomfield, Colorado, for $145.34 million to build the bridge. NCDOT has listed a 2020 completion date for the project.

The Associated Press contributed to this story.