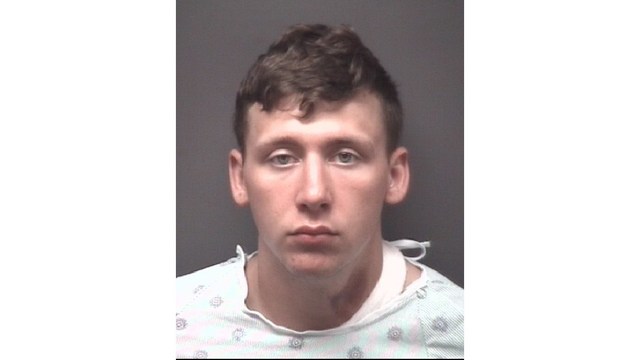 A state trooper shot a member of the Army’s 82nd Airborne division as, authorities say, the soldier drove the motorcycle toward the trooper in Tyrrell County over the weekend.

The incident began when Trooper B.P. Daniel attempted to stop a speeding motorcycle on US 64. The motorcyclist didn’t stop and a pursuit ensued, leading to a dead-end road, state highway patrol said in a statement.

The trooper got out of his car to approach the motorcycle driver, but the bike advanced toward him. Daniel then fired his service weapon just before the bike was about to strike him.

Highway patrol identified the suspect at Braden Bago, 19, an Airborne soldier at Fort Bragg. He suffered non-life threatening injuries and has been released from the hospital into police custody.

Daniel, a 16-year veteran of the force, was treated at a nearby hospital for minor injuries.

Bago is charged with assault causing physical injury to a law-enforcement officer, assault with intent to kill and felony eluding, the highway patrol said.