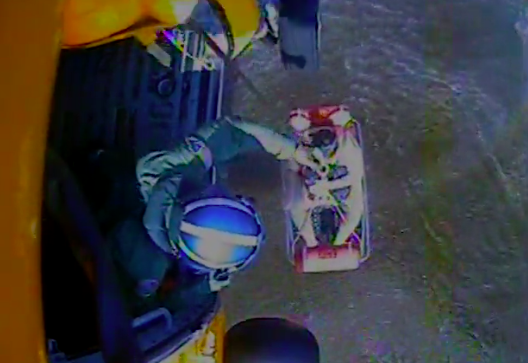 The Coast Guard rescued two people after their boat overturned one mile off Reed Point in the Albemarle Sound Friday.

The rescue helicopter crew arrived on-scene shortly after notification, hoisted the boaters aboard and brought them to awaiting emergency medical services.

“Wearing life jackets is essential boating safety regardless the type of vessel and regardless of the distance offshore,” said Lt. Rebekah Haba, the pilot of the responding Jayhawk helicopter. “In addition to lifejackets, marine band radios are highly recommended to alert us to trouble quickly and accurately.”