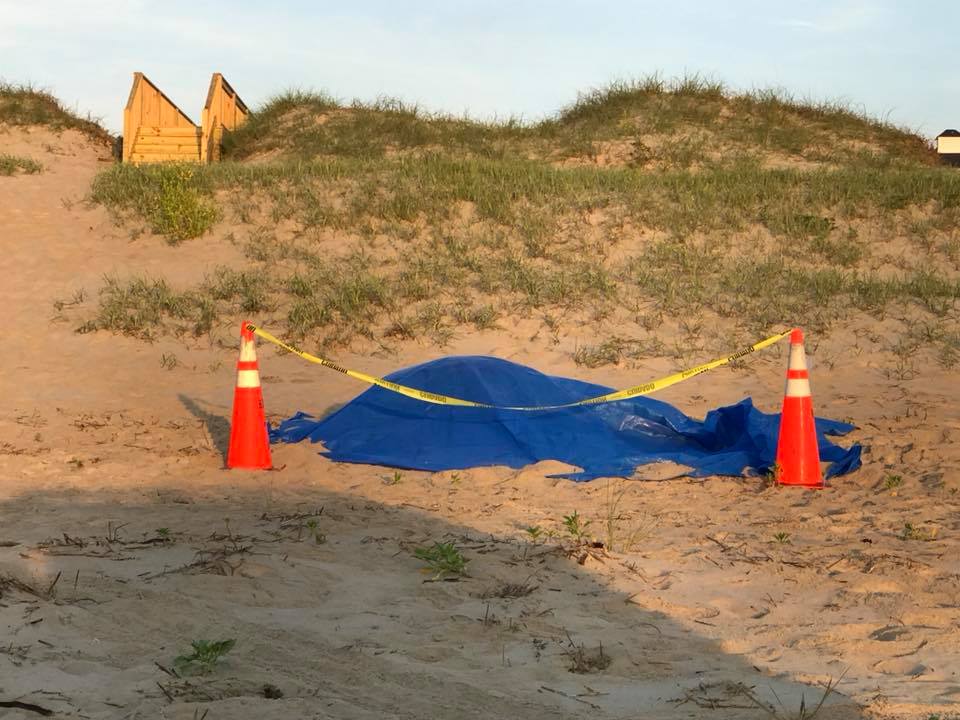 A tarp covers the body of a mare struck and killed by a vehicle in Corolla. Courtesy the Corolla Wild Horse Fund.

A wild horse was struck by a vehicle and killed on the beach in Corolla overnight.

The Corolla Wild Horse Fund, which manages the herd of about 100, said the mare appears to have died instantly. Her stallion stayed over her body all night, “even after she was covered by a tarp.”

The mare’s death is the first involving a vehicle since 2012, said Jo Langone, the fund’s COO.

Fund managers learned about the incident after “a friend of a friend was called,” she said. Fund officials were in the process of notifying the Currituck Sheriff’s Office on Sunday morning. Information so far indicates the driver was local, “so this is not just about tourists,” the fund said in a Facebook post.

“Please, please, please pay attention when you are driving on the beach at night,” the post said. “Slow down and expect that a horse could be on the beach or running over the dunes at any given moment.”

The speed limit on the beach is 15 mph “and that applies to everyone, at all times.”

The mare was buried this morning.

The Corolla Wild Horse Fund was still grappling with two other tragedies when this death occurred. On Friday, another horse suffered a fatal injury, possibly from a horse kick, in an incident they are still processing, Langone said.

And last week, a foal named Chris, who had been seriously injured by a stallion, had to be euthanized after infection set in.