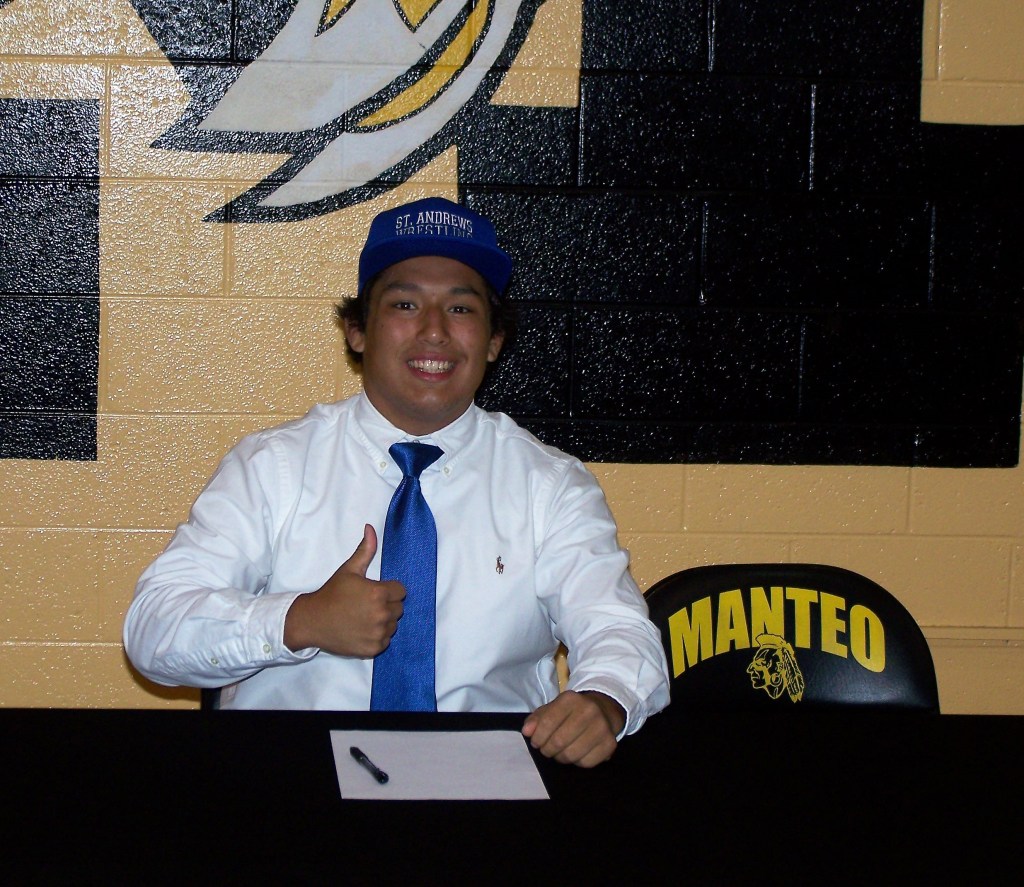 Jonathan Zafra smiles for the camera after recently signing his letter-of-intent to St. Andrews University. By Gregory Clark

Manteo High School wrestling standout Jonathan Zafra has signed a letter of intent to continue his wrestling and academic career at St. Andrews University. Zafra received a scholarship and will compete for a spot on the wrestling team in the 174- or 184-pound weight class.

Zafra finished his four-year MHS career with a 92-50 record. He was the first member of the Manteo Wrestling Club to wrestle for a state title in eight years. He earned top-five all time statistics in eight different individual career and single-season records.

“Overall Jonathan has a lot to be proud of,” Coach Jimmy Metzinger said. “He not only participated in the most physically and mentally demanding sport for four years, but he also put himself among the top in the 1A division, towards the top in Manteo wrestling club history.”

His parents Jonatan and Melissa and grandfather Julio were on hand as the young wrestler signed his letter of intent to attend the Laurinburg college. Proud and smiling, Jonathan’s father said it was a good opportunity for his son and a chance for him to be an example for kids coming behind him.

“I thank God and everyone who supported him,” said the elder Zafra.

After the brief letter-signing ceremony at Manteo High School, the young wrestler took time to speak with the media and well-wishers in attendance.

“I have lived in Manteo all my life and I enjoyed my time at Manteo High. I wrestled and played football all four years,” he said. Jonathan said he was very excited and looking forward to attending college and wrestling at the next level. He plans to major in physical education.